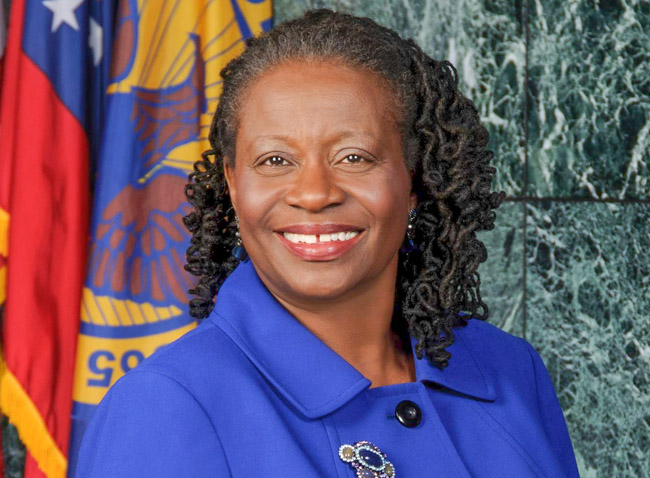 The Atlanta City Council authorized $1.5 million in emergency aid for non-profits that are stepping up to keep low-income people living with HIV from being evicted.

The legislation, sponsored by Councilmember Joyce Sheperd (photo), passed unanimously during Monday’s council meeting. It will be distributed to eight entities who are taking on former clients of Living Room, a non-profit that was part of the Housing Opportunities for Persons With AIDS (HOPWA) program.

The city terminated Living Room’s HOPWA contract in early July, claiming it wasn’t complying with federal regulations. Living Room officials sued the city, arguing it was out to “destroy” the agency and that the city owed it about $500,000 in HOPWA funds.

That left some 230 Living Room clients in danger of being evicted because the agency was unable to subsidize their rent. The city initiated a housing relocation effort to stabilize the housing of former Living Room clients. It is led by Partners for Home, a non-profit that manages the city’s homeless services grant from the U.S. Department of Housing & Urban Development.

Cathryn Marchman, Partners for Home’s executive director, said on Aug. 5 that about one-third of those clients have had their housing situation stabilized. Some 110 of the former Living Room clients have been referred to other HOPWA agencies for assistance, and the city has been unable to reach about 40 other clients.

A city council subcommittee passed the legislation authorizing the $1.5 million in emergency aid on July 9. About 100 advocates issued a letter demanding that city council come back from a two-week recess to make the final vote on the funding. But city CFO Roosevelt Council nixed that, saying it wasn’t warranted.

Partners for Home and the city said at an Aug. 5 community meeting that they were working on tweaking how much emergency funding goes to which entities. It’s unclear if the legislation passed Monday mirrored the version passed by the council subcommittee.

The DeKalb County Board of Health would also get about $30,000.

Meanwhile, the city works to fix massive delays in getting HOPWA funds to agencies. The city has failed to spend $40.1 million in HOPWA funds going back to 2014, according to HUD. The city contends that the unspent amount is actually $31.6 million.

The $40.1 million figure would amount to about 40 percent of the $101 million in HOPWA money allotted by HUD to the city since 2014 being unspent.