Atlanta mayoral candidates want to use PrEP to fight HIV 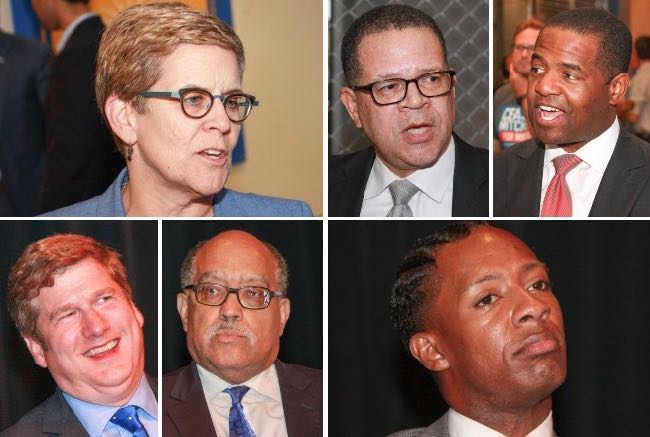 Woolard and King are gay. Kwanza Hall, a City Council member also running for mayor, did not attend the event.

Concerning PrEP, the candidates were asked if they as mayor would have the city provide the pill that has proven to be highly successful in preventing the transmission of HIV.

Aman said he would work with Fulton County – which provide PrEP in its health clinics – and the state to make the pill available.

“We have to make PrEP available to anyone who wants it and needs it. Full stop,” Aman said. “We have a crisis here. We have transmission rates in the African-American community in Atlanta that are horrifically high.”

Eaves called attention to the PrEP clinics he helped launch last year in Fulton. That effort has since expanded to five clinics offering the drug around the county, including a first-of-its kind PrEP clinic on the campus of Morehouse College.

“This is not an academic exercise for me,” Eaves said.

“PrEP is here in Fulton County. The city can work with the county. The mayor can use his or her bully pulpit. There is a foundation that needs to be built upon,” he added.

Norwood said that as mayor, she would organize community workshops and forums to publicize PrEP and HIV prevention efforts.

“We ought to look at the fact that we have Truvada and there are ways now that people can have their viral load reduced so there's not transmission. That needs to be expanded and explained to the community,” Norwood said.

“I want to be the mayor that makes sure that when we launch information, we make sure it truly gets to people,” she added.

Woolard said stigma surrounding HIV is feeding an epidemic that is targeting young black men who have sex with other men.

“This is a tragedy that is going on and it is a preventable tragedy,” Woolard said.

As mayor, Woolard said she would make LGBT people more visible in her administration.

“Stigma is the biggest problem here. When I am mayor, we are going to have LGBT – and T people – who are present and visible in positions so that young people know that there is a future. When you don't think you matter, you do things that hurt yourself. HIV is the tip of the iceberg,” Woolard said.

Fort commended Eaves for his work on HIV issues and PrEP, and criticized City Hall for not taking more action on HIV.

“City Hall, to a great extent, has been silent on this issue. That is unforgivable and immoral,” Fort said.

As mayor, Fort said he would create an office of HIV/AIDS awareness and education to battle HIV and its impact on black men who have sex with other men.

“We have a rate akin to third world countries. We can't have a city that has that reality,” Fort said.

Sterling pointed to the Centers for Disease Control & Prevention and said the city should tap the resources of the federal agency that's headquartered here.

“We've got to do a better job utilizing the assets and resources we have right here in Atlanta,” Sterling said.

Mitchell said the city should partner with Fulton and other agencies to engage the public on the use of PrEP and HIV prevention.

“There is a lack of understanding of how important it is to be on the regiment. We have to get the word out and provide resources to support young people and others to stay on their regiment,” Mitchell said.

King said the issue of HIV is bigger than a pill.

“It is deeper than a pill. If you don't give me a reason to live, then why should I take a pill. The amount of the emotional issues that LGBT youth face – spend your billions on science is not going to work. These people need hope. They need a reason to want to live,” King said.

“We need to let them know that their lives mean something and that they have value. And once they matter, then they'll start to take care of themselves. But until then you can have as many clinics as you want, you can write as many papers or whatever you say you are doing, but it's not going to work,” he added.