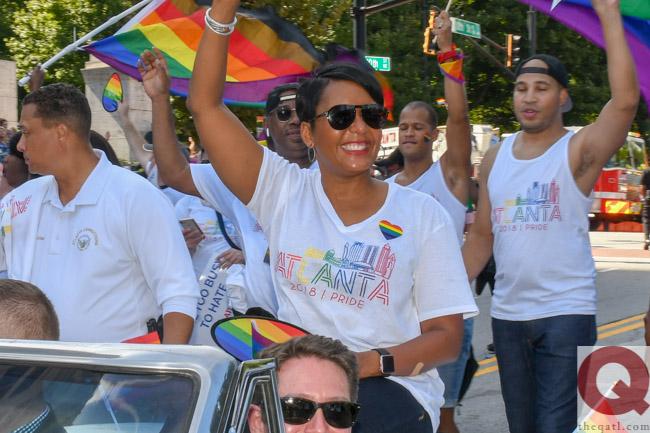 This is Bottoms’ (top photo) second public rebuke of the Trump administration’s treatment of transgender people.

Bottoms tweeted a statement on Wednesday saying anyone “qualified, willing and able to serve in the military” should be able to do so. She also quoted Martin Luther King Jr. two days after the national holiday honoring the late civil rights activist.

Any person qualified, willing and able to serve in the military should be allowed to do so. Atlanta stands w/ our trans troops and denounces this dangerous and discriminatory policy. As Dr. King taught us, “Injustice anywhere is a threat to justice everywhere.” #WontBeErased

Bottoms’ statement comes following the Supreme Court’s ruling on Tuesday that lifted nationwide injunctions that had kept the Trump administration’s trans troop ban from being implemented. All five conservative justices voted to allow the restrictions to go into effect, while the three liberal justices voted against it, according to the Washington Post.

Trump’s policy is a reversal of an Obama administration rule.

Bottoms last October also criticized the Trump administration’s plan to roll back recognition and protections of transgender people, saying that such provisions are “in the DNA of ATL.”