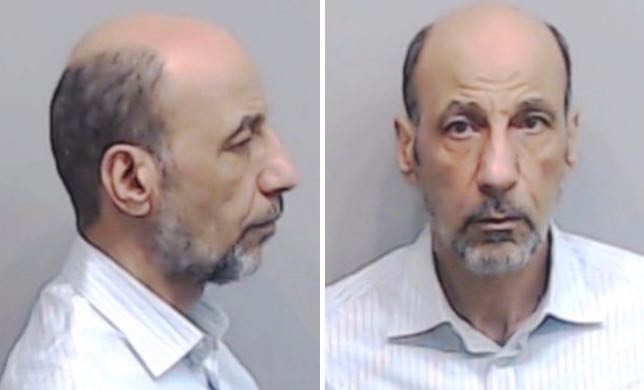 A 62-year-old Atlanta man was arrested after he allegedly used social media to cruise a 14-year-old and tried to convince the male teen to travel to Miami for sex.

Police say Mohamed El-Saawy, a high-end shoe salesman, used his Instagram account to chat up the teen after meeting him at a shoe convention in Gwinnett County. El-Saawy was arrested on April 19 by the Johns Creek Police Department after the teen's mother got involved and helped police arrest El-Saawy. WSB first reported his arrest on Wednesday.

El-Saawy faces three charges – enticing a child for indecent purposes, contributing to the delinquency of a minor and interstate interference with custody. He was released from the Fulton County Jail on a $25,000 signature bond two days after his arrest.

El-Saawy chatted up the teen through text messages and Instagram. Initially, they discussed shoes but then El-Saawy turned things sexual, the teen's mother told WSB.

“At first it was talking about normal things, like shoes and clothes and things like that, but then it got to be very strange,” she said.

But then El-Saawy started discussing the two undressing in front of each and traveling to Miami together, according to WSB.

The teen's mother intervened after seeing the messages. Via AJC:

The boy may have gone to Miami if it weren’t his vigilant mother going through his messages.

The mother, whose identity Channel 2 didn’t reveal, said her son’s phone was broken so he was using hers. When he returned it, she noticed his Instagram account was open and there were messages from a man she didn’t recognize.

“There were some comments about sexual things,” the mother told Channel 2.

Police said the mother allowed the conversation with El-Saawy to continue so she could gather additional information before reporting it to police. Investigators then had her set up a meeting with the man and record it, WSB reported. Police arrested El-Saawy near a UPS Store on Roswell Road not far from his Sandy Springs home.

“She arranges the meeting, wanting to know what his plans were, what his purpose was in this,” Johns Creek Police Captain Chris Byers told Channel 2. “Everything that happened there built the probable cause we need.”

An attorney for El-Saawy declined to comment about the case to WSB.

El-Saawy is the latest metro Atlanta man to be accused – or convicted – of seeking sex with underage teens. There's the gay real estate swindler, the Gwinnett cop who found his partner on Grindr and the anti-gay pastor who liked to watch.