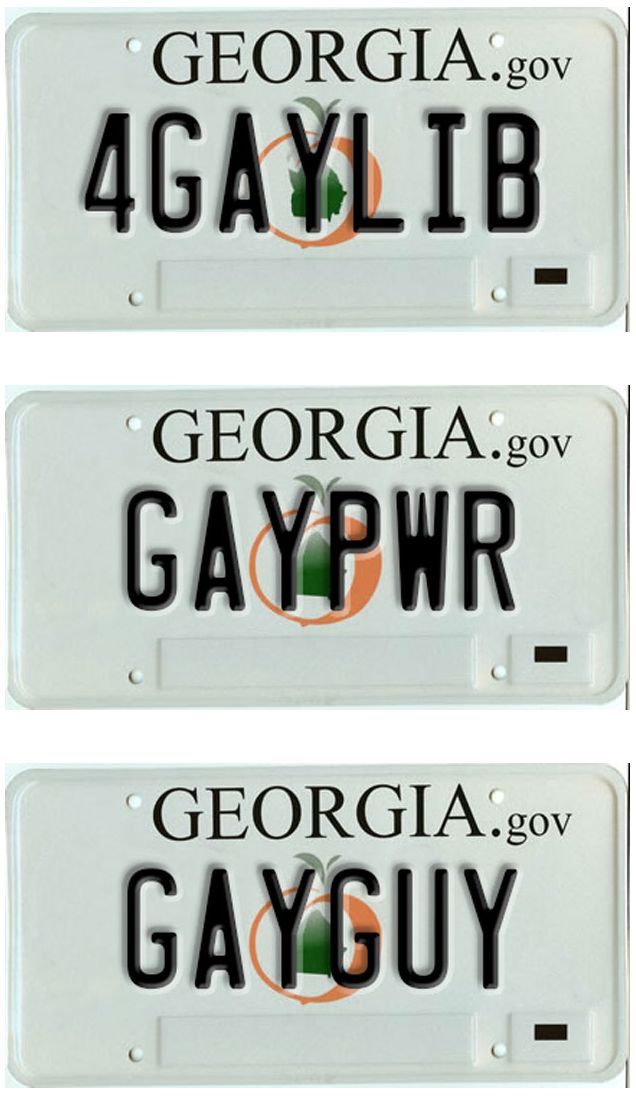 An Atlanta hair stylist who wants to show his GAYPWR through a vanity license plate filed a federal lawsuit against Georgia for rejecting a trio of playfully gay suggestions. This GAYGUY got dissed for his 4GAYLB efforts. Attorneys for Cyrus Gilbert (second photo) filed suit on Jan. 11 against the Georgia Department of Driver Services, alleging that its rejection of his gay-themed vanity plate stifles his political and social speech and “reflects viewpoint discrimination” that violates the First and Fourteenth Amendments. The 15-page lawsuit also contends that the content-based restrictions used by the state to review the seven-character vanity plates are unreasonable and provide too much discretion to county tag agents who issue them. The lawsuit asks for the regulations concerning vanity plates in Georgia to be dumped as unconstitutional and that Gilbert be awarded “nominal damages” for his rights being infringed. “By his application and now this action, Plaintiff seeks to engage in political speech in favor of rights for homosexuals. He also would like to engage in social debate about the role and visibility of homosexuals in society,” according to the lawsuit. On Jan. 2, Gilbert visited the Fulton Tag Office in downtown Atlanta and submitted three requests for a vanity plate along with the intended meaning of each, which is required by the state. All three were included on the “Bad Tag List,” which is the state’s database of banned language and messages. 4GAYLIB, which Gilbert says means “For Gay Lib”: Rejected. GAYPWR, which Gilbert says means “Gay Power”: Rejected. GAYGUY, which Gilbert says means “Gay Guy”: Rejected. The state’s database contains thousands of rejected vanity tag combinations. But while GAYGAY and FEMFTAL are OK with state officials, scores of others that include a gay reference are not. Atlanta attorney Cynthia Counts criticized the state’s vanity tag system in a recent investigation by the Atlanta Journal-Constitution. Counts (third photo) and Gerry Weber, one of the attorneys who sued the City of Atlanta over the botched Eagle bar raid, filed the lawsuit for Gilbert. The most amusing part of the federal lawsuit? Imagining the tag office’s customer service agent as she worked through Gilbert’s three requests: 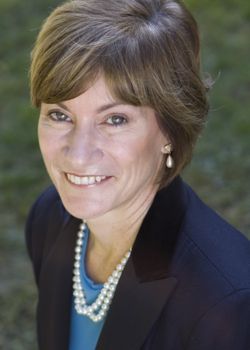 The agent first entered 4GAYLIB into the computer and waited while the computer apparently checked the request against the Bad Tag List or database of messages and language. ... After a few moments, the agent explained that 4GAYLIB was not permitted. The agent next entered Plaintiff’s request for GAYPWR. Again, she waited a few moments while the computer checked a database, believed to language and message on the “Bad Tag List." ... The agent notified Plaintiff that GAYPWR was also not permitted and proceeded to check the list to see if Plaintiff’s third choice, GAYGUY, was allowed.? After a few moments, the agent once again notified Plaintiff that this requested text was not permitted. A review of the “Bad Tag List" ... shows that Plaintiff’s requested messages are all banned. 4GAYLIB is listed as the 9,501st entry; GAYPWR is the 3,011st entry, and GAYGUY is the 3,006th entry.

A spokesperson for the state Attorney General’s office, which will defend the Georgia Department of Driver Services in the lawsuit, says they do not comment on pending litigation. Once the state is served with Gilbert’s lawsuit, its attorneys will have 30 days to respond. License plate images via Buzzfeed