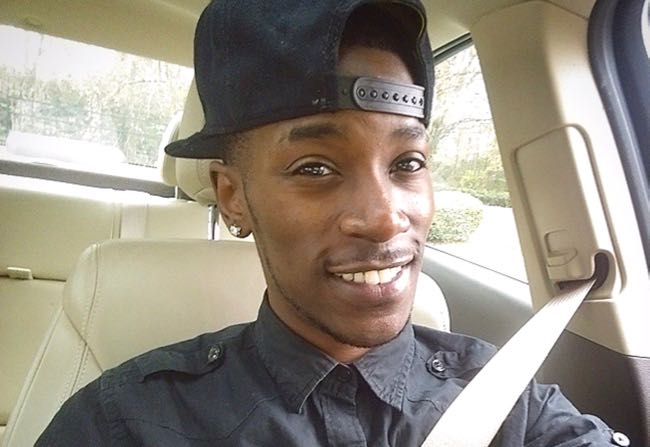 A 22-year-old Atlanta man was murdered by his boyfriend, strangled and wrapped in a hotel blanket just days after telling his family that he was concerned that his relationship was in turmoil and his boyfriend was turning more aggressive.

The worries expressed by Cory Jamal Robinson (top photo) turned out to be tragic. The young aspiring Kennesaw State University student was strangled by his boyfriend of a few months, Richard Louis Williams (second photo), in a first floor room of InTown Suites on Northside Drive. The killing came just months after Williams, a 27-year-old who grew up in Savannah and lived in Decatur, was released from federal prison. Williams served part of a 37-month sentence for his role in an expansive theft ring in which he booked hotel stays and airline flights with stolen rewards points so he and other gay men could travel, sometimes in drag, to pageants across the country.

Williams killed Robinson on Jan. 30, 2015 and left his body on the floor of the hotel room they shared before inviting a friend over and telling him “not to worry about it,” according to court documents. The friend later came forward to Atlanta police and gave them a photo of Williams, who fled the next day after wrapping Robinson’s body in a blanket. Hotel staff discovered the body about noon on January 31 just moments after Williams left.

Police arrested Williams on April 1, 2015 as he hid in a second floor room at the Courtyard Atlanta Airport West in East Point. When he was captured, Williams had several checks, printers and laptops and other materials to produce forged checks, according to an incident report from Atlanta police. The items showed that after the killing, Williams returned to what he was familiar with – fraud and theft.

Last month, on March 23, Williams was convicted of Robinson’s murder and Fulton Superior Court Judge Constance Russell sentenced him to life in prison. On April 11, attorneys for Williams asked for a new trial arguing that prosecutors failed to prove his guilt beyond a reasonable doubt.

Robinson, who was from Macon, and Williams lived together in the extended stay hotel after the victim arrived in Atlanta to attend KSU in the fall of 2014. Snafus kept delaying his acceptance into campus housing, so Robinson stayed with friends and later, joined Williams at the hotel, according to court documents.

But the relationship quickly soured, according to Robinson’s mother, Carletta Grace, and sister Courtney Toliver. They met Williams – who went by the nickname Ace – in December 2014 when the men traveled to Macon. Robinson told his sister that his boyfriend could be sweet – sending flowers to his work – but that the men often argued.

“They was always arguing,” Toliver testified during a court hearing last October.

“He was saying that Richard was an aggressive person. But they stayed arguing. This was like around December [2014] up until the time that he got killed. That they was just always arguing and they wasn’t getting along,” Toliver added.

Robinson told his family that he and Williams were coming to visit during the Christmas holidays in 2014. But those plans changed on Christmas Eve, according to his sister.

“They had just got into it. And Richard left him stranded in Atlanta instead of bringing him home,” she added.

Robinson made it to Macon from the Atlanta hotel thanks to a friend. During the visit, Robinson’s sister questioned him about his boyfriend and their relationship troubles.

“And I asked him, I said, ‘Well, what kind of friend could put you out and leave you stranded in a city that you’re not from knowing that you need to come back home,” Toliver said during the court hearing. “And I said, you know, are y’all always arguing? What’s going on? Are you scared of him? You know, what’s going on? And he just was like, ‘Well, he’s an aggressive person but I’m not scared of him, you know, I’m not scared of nobody.’ That’s what he told me.”

Robinson at first told his sister that he wasn’t going to return to Atlanta. But a day after Christmas, he changed his mind.

“And then the next day, he was like, ‘Well, I’m going to go back up there. He owes me some money. I’m just going to go get my money and I’m coming back home.’ And I said, ‘Cory, don’t go up there.’ I begged him not to go and he went anyways,” Toliver said.

Toliver stayed in touch with Robinson once he returned to Atlanta. But on Jan. 29, 2015, she received a series of troubling text messages from her brother. He asked if she would come to Atlanta to drive him home, only to change his mind later and tell her that Williams would help move him back to Macon.

“And I think it was like that Thursday, the day before he got killed, might have been January 29, that’s when he texted me. And it was weird. The whole text was weird because he was telling me that he loved me and he said that he was ready to come home because everything wasn’t what it seemed to be. And he said that him and Richard was always arguing and he was just ready to home and start over,” Toliver said during the court hearing.

Williams murdered Robinson the next day and fled in the U-Haul truck he was supposed to use to help move Robinson back home to Macon. 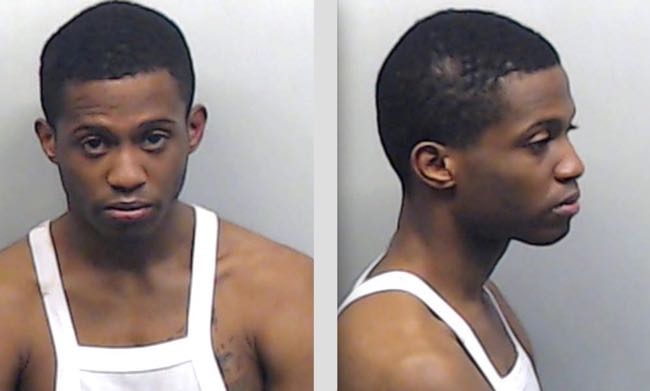 Williams’ arrest for killing his boyfriend was his most serious crime, but it wasn’t his first. A federal prosecutor has said his criminal record goes back more than a decade – starting when Williams was 11.

“This individual has been involved in committing crimes for 12 years. And the crimes seem to be getting worse in nature,” Assistant U.S. Attorney E. Gregory Gilluly said during a sentencing hearing in 2012.

“It started with something as simple as a burglary, and then he stole a car from his mom, stole a purse from his mom, and then it got more serious when he started using other people’s identifications. And then we got into this complex, systemized theft from multiple people,” Gilluly added.

Police arrested Williams on Jan. 8, 2010 for stealing more than $500 in food and drink from a Savannah hotel, according to court records. He received a three-year suspended sentence in a negotiated plea.

But two years later, Williams was again in court – this time facing federal charges of mail fraud for defrauding Delta Air Lines, American Airlines and Hilton Hotels of nearly $94,000 in stolen tickets and rewards miles and points. He was purchasing the tickets so he and friends could travel to festivals and drag pageants in Atlanta, Miami, Fort Lauderdale, New York and Washington, D.C., according to court documents. Williams traveled under several aliases, including Ace Bouvier and Akashi Iman.

Prosecutors said that Williams would skim rewards program details from hotel reservations and take the bills that hotels leave for guests under their doors and lift account numbers from the documents. In turn, he would book flights and hotel rooms with the stolen information.

Federal prosecutors called the scheme a conspiracy that involved other gay men and drag queens, and one that was repeated multiple times across several jurisdictions and involved many victims. Williams was the only person arrested in the case.

Williams pleaded guilty and in June 2012, U.S. District Court Judge William Moore sentenced him to 37 months in prison. He was released from prison on June 27, 2014. Seven months later, he strangled and killed Robinson in the Atlanta hotel room.