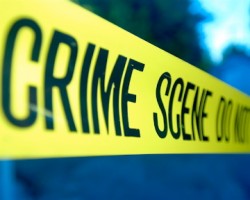 An Atlanta man received 30 years in prison on Monday for killing his friend after he made unwanted sexual advances as the two did drugs together in a Midtown apartment 18 months ago.

Manilito Dunlap, 39, pleaded guilty to voluntary manslaughter and burglary in the February 2009 killing of George Montgomery, according to the Atlanta Journal-Constitution.

Dunlap, also known as “Ebo,” was arrested three days later. He confessed to the killing, a Fulton County District Attorney’s Office spokeswoman said, telling police he and Montgomery were doing drugs together when the victim began making unwanted sexual advances.

Dunlap said he placed his friend in a choke hold and later poured grease and salt on Montgomery’s body in an attempt to “wake him.”

And then there’s this bit of detail from the Fulton County District Attorney’s office, via Creative Loafing:

“In a video statement to police, [Dunlap] claimed that on the day of the incident he and Montgomery were doing drugs together when the victim began making advances towards him by ‘grabbing and touching’ his body. The defendant then placed the victim in a choke-hold and later poured grease and salt on the man’s body in attempt to ‘wake’ him.”