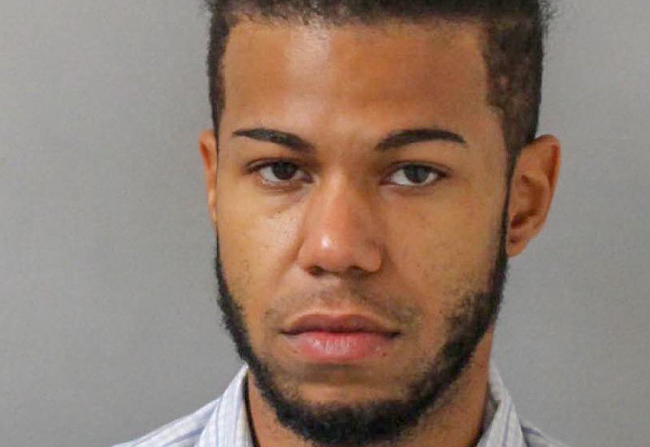 Nashville police arrested a 28-year-old Atlanta resident for allegedly robbing a man he met on the gay cruising app Jack'd.

Police arrested Desmond Clements (top photo) on Sunday and charged him with robbery, a felony, and two misdemeanors – criminal impersonation and vandalism. Clements remains in the Hill Detention Center in Nashville on an $11,500 bond.

Clements met the victim on Jack’d and when the man arrived at his address, Clements demanded $100, according to an arrest affidavit. When the victim said he didn’t have the money, Clements jumped into the victim’s car, honked the horn repeatedly and said that he “had friends with guns inside,” according to court documents.

Clements drove the victim to an ATM on Main Street near East Nashville, and when the man got out, Clements told him to hurry up and said that the longer he took, the more damage he would do to the car. Clements then keyed the car, according to court documents.

The victim told a witness at the ATM that he was being robbed. That person called 911 and police arrested Clements.

While being taken to jail, Clements began to laugh and told police “you don’t even have the real me, because that isn’t me,” according to court documents. He gave the police his legal name and they found the outstanding warrants for him in Georgia.