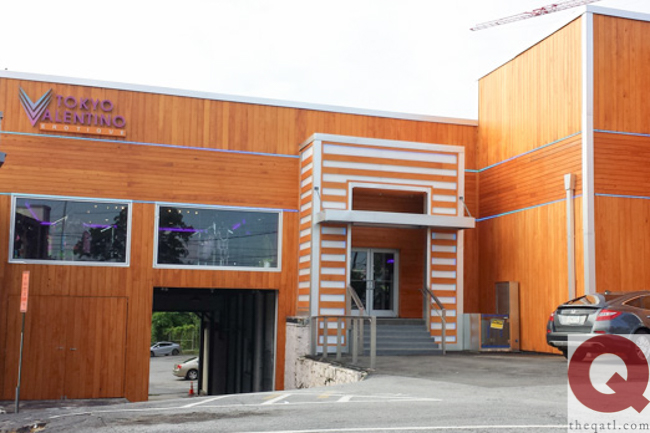 A federal court reversed a lower court decision against Tokyo Valentino and restarted a constitutional challenge to the City of Atlanta’s adult entertainment ordinance.

In the wake of the ruling, the city dropped attorney Scott Bergthold from the case. Bergthold’s long anti-LGBTQ record was explored in detail in a story first reported by Project Q Atlanta in April.

The 11th Circuit U.S. Court of Appeals issued its ruling on Friday, about a month after attorneys for both sides argued their cases before a three-judge panel in downtown Atlanta.

The city made the decision to drop Bergthold on Sunday, according to a spokesperson for Atlanta Mayor Keisha Lance Bottoms.

“The city is currently evaluating all legal options,” Press Secretary Michael Smith said. “The city is no longer engaged with Mr. Bergthold.”

The U.S. District Court for the Northern District of Georgia ruled in January 2018 that Tokyo Valentino, the self-proclaimed “adult superstore” on Cheshire Bridge Road, had been in violation of city ordinances since it opened in 1998. The court also issued an injunction prohibiting the store from operating an adult mini-motion picture theater, adult bookstore or adult entertainment business. The store's bottom level includes several video booths. Tokyo Valentino continued operations during its dispute with the city, which began in 1998.

The 11th Circuit panel reversed the district court's injunction on Friday and ruled Tokyo Valentino’s claims that the city violated its Fourth Amendment rights could continue.

“Because the district court relied upon the definition of ‘adult business’ and its various sub-definitions to issue the injunction, the injunction cannot lie,” according to the ruling.

The 11th Circuit panel also chided the city for arguing that a small note saying “not approved” on a building permit issued in 1997 was proper notice to Tokyo Valentino that it would be cited years later over the presence of the video booths, in violation of a 1996 ordinance.

“The city fails to demonstrate that [Tokyo Valentino] knew about the ‘not approved’ change in the bottom corner of the permit,” the ruling said.

“Ultimately, the city attempts to find an elephant in a mousehole. Statements written in tiny font in a corner or in unclear handwriting in a building permit, about which there are conflicting explanations and that were not discussed in the previous litigation, cannot serve to preclude facially valid constitutional claims,” the ruling added.

Michael Morrison, Tokyo Valentino’s founder and CEO, is seeking a settlement with the city in the wake of Friday’s ruling.

“We are requesting a negotiated settlement with the city attorney to pay back our legal fees of approximately $250,000 and finally deem us to be a legally licensed and correctly-zoned adult entertainment establishment after our continuous operation of 20 years and two legal victories validating our rightful operation,” Morrison told Project Q.

“If they are willing to grant us this irrevocable, rightful distinction then we will drop our lawsuit challenging their 40-year-old flawed adult entertainment code, and our pursuit of damages,” he added.

In 1998, a Fulton County Superior Court judge ruled against the city in its move to deny a permit for the business.

The district court denied the store’s constitutional claims and issued the injunction in 2018. Tokyo Valentino’s attorneys then appealed the decision to the 11th Circuit.

Scott Bergthold, the now-former attorney for the City of Atlanta in the Tokyo Valentino case, has spent his career trying to shut down sexually-oriented businesses across the country.

Bergthold’s legal record and his longtime affiliation with anti-LGBTQ groups led elected officials in other cities to try and remove him from their payroll. A city councilmember in Dallas, Tex., objected to the attorney’s “history of working against LGBTQ causes.”

Bergthold also has a longtime affiliation with the anti-LGBTQ legal group Alliance Defending Freedom. ADF gave over $213,000 in grants to Bergthold’s law office between 2010 and 2016, according to Project Q’s review of its tax records.

Bergthold has donated money supporting measures to ban same-sex marriage in California and he criticized a proposed ordinance inChattanooga, Tenn., where his law practice is based, for allowing transgender people to bathrooms associated with their gender.

Bergthold has also said AIDS and sexually transmitted diseases are the results of “America's moral decay.”

The City of Atlanta paid Bergthold’s law firm $267,000 between November 2016 and December 2018, according to a review of invoices by Project Q. The total amount paid to Bergthold was likely to increase. The firm had not yet billed the city for any work done in 2019.

The effort to protect the 122-year-old building that once housed the Atlanta Eagle stalled on Wednesday, delaying discussion of designating it as a historic...
Read more
News

LGBTQ advocates are renewing a push to make Georgia first in the South to ban conversion therapy. They hope to add the state to...
Read more
News

With a week until the final day of voting in Georgia’s runoff elections for the U.S. Senate, nine LGBTQ staffers on Democrat Jon Ossoff's campaign...
Read more

Whether you seek virtual powwows, distanced drag or the reverence and revelry fit for a “King,” Atlanta’s LGBTQ events are here for your weekend...
Read more
News

When coronavirus created nationwide shutdowns last March, artists and entertainers were among those whose steady income evaporated in a matter of days. That includes...
Read more
Load more
17,369FansLike
6,586FollowersFollow
7,682FollowersFollow