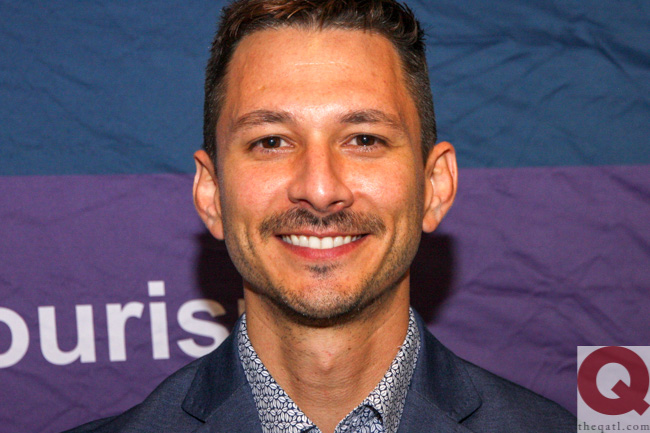 The Atlanta Gay & Lesbian Chamber of Commerce welcomed its new board leadership and notched a “major milestone” for the nonprofit business group.

“This is a major milestone in our 25-year history as an organization,” Petrina Bloodworth, the AGLCC's newly-appointed board president, said in a prepared statement. “We have relied heavily on the vision and availability of volunteers to collaboratively drive our organization forward with incredible success.”

“The addition of a full-time executive director will help the AGLCC build relationships with our LGBTQ+ non-profit community partners, local business and political leaders, as well as other chamber leaders in the region,” she added.

Lugo’s (photo) nonprofit experience includes two years as a development specialist with the Alzheimer’s Association and 10 years with the Cavaliers, a performing arts organization in Chicago, Ill. He served as executive director of that group for three years before moving to Marietta in January with his husband Tommy.

Lugo said he was drawn to the AGLCC’s “true sense of community support” for LGBTQ and allied businesses in Atlanta.

“I'm most excited about building on AGLCC’s impressive 25-year legacy, doing more to build and support the diverse membership organization, better telling our LGBTQ+ and allied business community's story, and ultimately exploring what's next as we work to create the best possible economic environment in which to thrive,” he told Project Q Atlanta.

Lugo stood out to the AGLCC for his nonprofit experience as well as his “deep curiosity about the organization and the solutions he presented right out of the gate for evaluating programs and helping our business members grow,” according to newly-appointed board vice president Michael Daniels.

Lugo started with AGLCC in May and has been busy building his network in Atlanta.

“I've honestly been blown away by how welcoming, passionate, and supportive everyone has been, and I look forward to meeting even more of the remarkable humans who make up this proud LGBTQ+ and allied community here in Atlanta,” he said.

In addition to the appointments of Bloodworth and Daniels, the AGLCC also named Yolanda Brownlee as board treasurer.