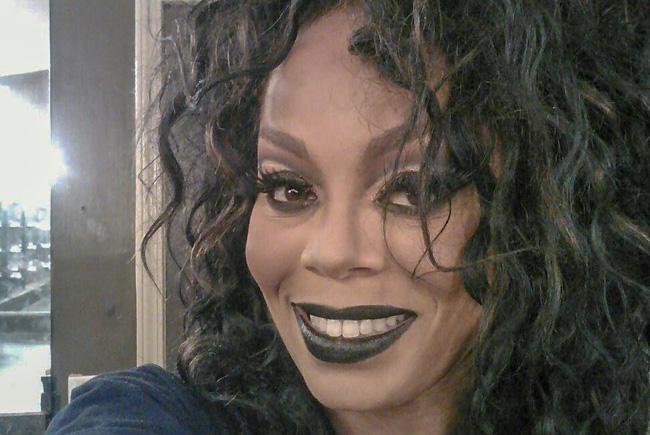 Friends and entertainers from across LGBTQ Atlanta will honor Lady Shabazz during a performance Monday at Cowtippers. The LGBTQ ally and performer died earlier this month.

Shabazz (photo), 39, died on July 12 after prolonged health issues. She performed at gay Atlanta nightlife spots and Atlanta Pride but most recently lived in Florida. Shabazz was known for resembling and performing songs by Janet Jackson, but she also had another unique distinction — she wasn’t in drag.

“She was the first straight girl that performed within the drag community and did it successfully,” said Charles Kollock, who performs as Princess Charles. Kollock co-hosted the Drag Races show with Shabazz at Blake’s on the Park.

Shabazz was also a showrunner and co-emcee for the annual Starlight Cabaret at Atlanta Pride, and she ran the Flashback Showgirls show at 10th & Piedmont.

It's not clear what caused Shabazz's death, but friends said she battled health issues since moving to Fort Lauderdale a few years ago. Rosalyn Jordan, who met Shabazz in 2014, said her friend suffered from liver failure.

“She was mostly known as being a Janet Jackson impersonator, but what she brought to Midtown was so much more,” Jordan said. “She was an amazing, big-hearted person and she never met a stranger. I will miss her advice, her laughter and the way she would hug a person and make them feel warm. She was a true female, but she had the real talent and she will be very missed.”

Shabazz wrote on Facebook on June 10 of a two-week hospital stay with an unspecified ailment. She died July 12 and family members held a memorial service on July 17 in Martinsville, Va. An online fundraiser helped pay for some of the funeral expenses.

Tributes from Atlanta entertainers poured in on social media following the news of Shabazz’s death.

Destiny Brooks posted a photo of Shabazz and popular performer Lateasha Shuntel, who died in 2015.

“I’m sure they are having a ball right now,” Brooks wrote.

Nicole Paige Brooks shared that same post, writing, “I’m in shock but I know this is true. For some reasons it gives me comfort.”