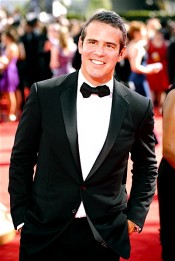 The tux, taffeta and ticket sales are brisk for the granddaddy of gay galas. Come Saturday, the annual HRC Atlanta Dinner & Auction expects to top last year’s attendance with some 1,000 guests and high-profile honorees like Bravo’s Andy Cohen. 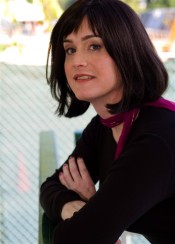 Cohen says positive representation of gay people in the media is one of the places that Bravo’s and HRC’s visions intersect.

“HRC and Bravo are like-minded,” he says. “HRC’s mission is America being a place where all gay men and lesbians and transgender people are full members of American society. Bravo portrays that world without editorialization and without fanfare.

“Bravo has had a great evolution in portraying gay people because they’re talented or interesting, not just because they’re gay,” Cohen adds. “We’ve always been really invested in showing just every color of the rainbow in terms of who people are rather than what they are.”

As Bravo’s head of programming and an on-air personality, Cohen takes a personal interest in showing LGBT lives as part of the American rainbow.

“For myself, that’s my mission as a programmer, to put on shows that show people that fall into lesbian, gay, bisexual and transgender space,” he says. “I don’t want to hit people over the head with a hammer, but I have a gay point of view, and it’s something that means a lot to me to represent.”

As for his HRC Visibility Award at Saturday’s Atlanta dinner, Cohen says he’s proud to be out as gay and that high-profile role models remain as “crazy important” as they were for him in his youth.

“I look back on being a teenager in St. Louis, and the only gay people were Charles Nelson Riley and Paul Lynde, and then being obsessed when ‘The Real World’ came on…,” he says. “So as we’ve gone on with more and more gay people on TV, I just can’t underestimate the power of positive images of gay people, gay people just being out there in society.”

The 2010 HRC Atlanta Dinner & Auction takes place Saturday, May 1, 6 p.m. at the downtown Hyatt Regency. You can buy your tickets online now.