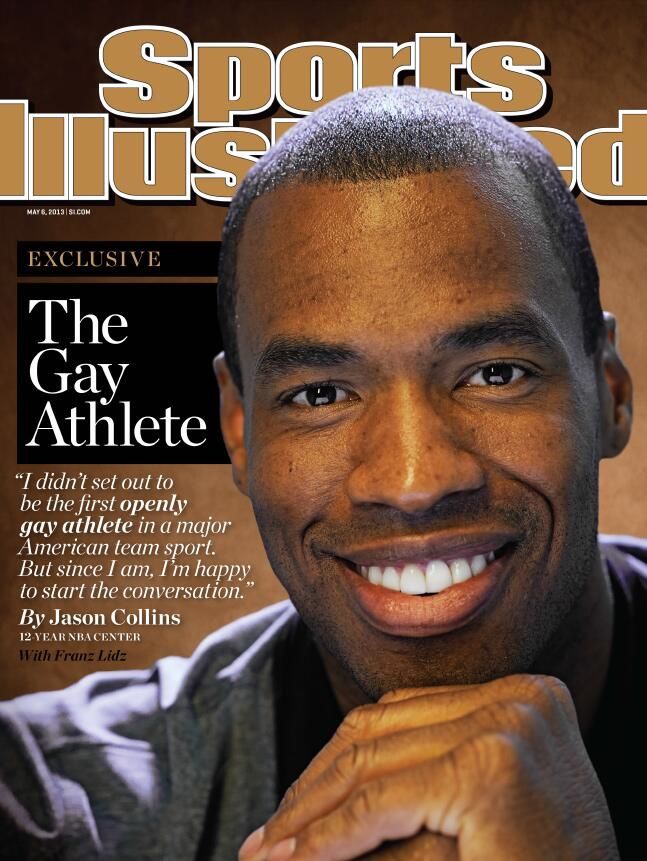 The Atlanta Hawks praised former center Jason Collins on Monday after he became the first active NBA player to come out as gay. Not everyone was so welcoming.

“We have great respect for Jason and his message today.” Our full statement on former Hawk Jason Collins: on.nba.com/ZZhF7n #NBAFamily

The tweet and statement from the Hawks came a few hours after Collins came out in a personal essay in Sports Illustrated and as the new cover boy for professional male athletes.

Praise from the Hawks was effusive in a three-paragraph statement the team posted to its website.

The following statements are from Atlanta Hawks Managing Partner/NBA Governor Bruce Levenson and President of Basketball Operations/General Manager Danny Ferry on behalf of the team:

“We have great respect for Jason and his message today. Creating an environment where we support, respect, and accept our players’ individual rights is very important to us,” Hawks Managing Partner and NBA Governor Bruce Levenson said. “Jason represented everything that we look for as a member of the Atlanta Hawks and we are proud he wore our jersey.”

“Our focus will always be on bringing in players that can contribute to the greater good of the Atlanta Hawks and ensuring that we create the most accepting, respectful, and productive environment for players to succeed,” Hawks President of Basketball Operations and General Manager Danny Ferry said.

Jason is one of the best teammates that I’ve ever had. He was a great presence in the locker room and an even better person. #NBAFamily

But not everyone welcomed Collins’ public admission with open arms. Miami Dolphins wide receiver Mike Wallace used Twitter to shake his head before walking it back and eventually deleting this: “All these beautiful women in the world and guys wanna mess with other guys SMH (shakin’ my head) …” Other players heaped praise on Collins.

And then there’s ESPN writer Chris Broussard who offered that being gay is “an open rebellion to God.”

Then again, Boston Pride organizers want Collins as a grand marshal and Kobe Bryant, as well as the NBA commish, tweeted their encouragement.

Proud of @jasoncollins34. Don’t suffocate who u r because of the ignorance of others #courage #support #mambaarmystandup #BYOU

Cheers to Collins. But let’s not forget that the women have been here for years.