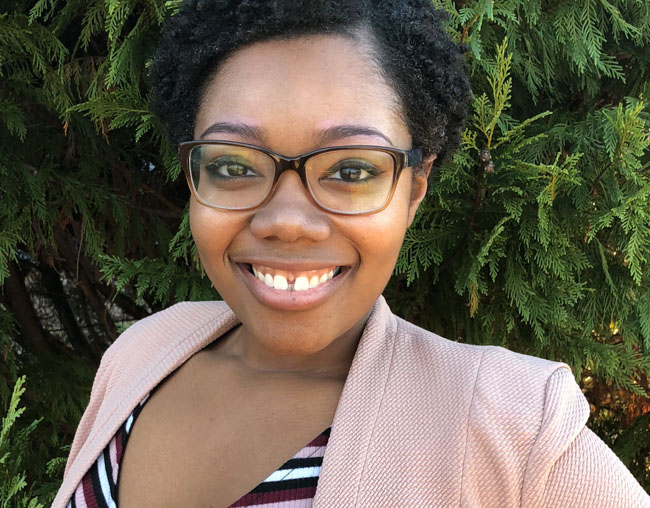 Solutions Not Punishment Collaborative is recognizing Transgender Day of Visibility by raising money for “survival kits” for black transgender sex workers in Atlanta.

SNaP Co launched the #BlackTransandSeen campaign on Wednesday and it runs through Transgender Day of Visibility, which is March 31. The group wanted a different spin on its TDOV campaign this year, according to Digital Organizing Lead Deshonna Johnson-Garay (photo).

“A lot of the TDOV campaigns are centered around the deaths of transgender women,” they told Project Q Atlanta. “At SNaP Co, we want people to see us for our joy and our style and creativity and artistry in ways that go beyond our death.”

SNaP Co encouraged black trans people to share pictures of themselves on social media “in their most authentic life” using the #BlackTransandSeen hashtag, according to Johnson-Garay.

“A reality for some black trans folks is they are participating in sex work,” they said. “Who are we to judge anybody for that? If we can make it as safe as possible, we want to do so.”

Black trans sex workers need the support more than ever due to the coronavirus pandemic, according to Johnson-Garay.

“Black trans folks and black trans sex workers are at their most vulnerable right now,” they said. “They’re in need of resources, general care, health care and holistic care and well-being. So during this pandemic it is vital for us to do this fundraiser.”

SNaP Co was founded in 2013 to fight an effort to banish sex workers from Atlanta. The group was also involved in the effort to shut down Atlanta's city jail. Executive Director Toni-Michelle Williams is one of at least six LGBTQ people that Mayor Keisha Lance Bottoms appointed to a task force to decide how to repurpose the facility.

SNaP Co was a project of the Racial Justice Action Center until splitting off to form its own organization in January.

UPDATE | The fundraising campaign surpassed its $5,000 goal, reaching $5,695 in donations.