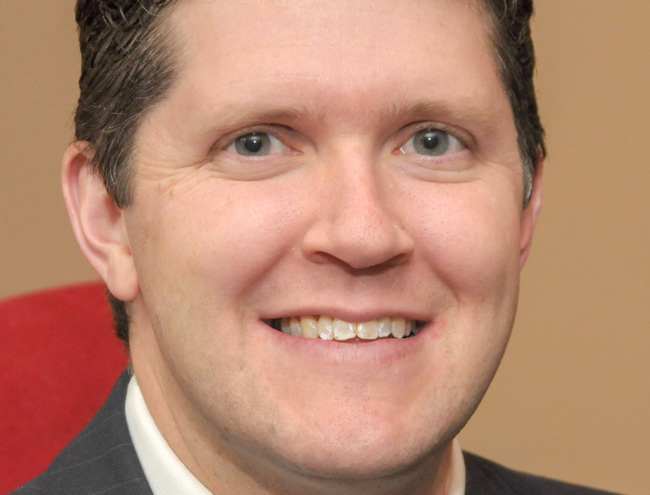 One of Atlanta’s oldest non-profit groups will take over a major function of the city’s housing program for people with HIV from a recently-shuttered agency.

The city is transferring the central intake process of its Housing Opportunities for People With AIDS (HOPWA) program to HOPE Atlanta. In this role, the non-profit would do the initial assessment of any new or potential HOPWA clients who have HIV and are battling homelessness. The group will also decide which HOPWA agency to refer the client to, according to HOPE Atlanta Executive Director Jeff Smythe.

“In some cases, because we’re already a HOPWA provider, we might be the perfect program,” Smythe (photo) told Project Q Atlanta. “But in other cases, it might be [another agency].”

The Atlanta City Council in August approved $600,000 in funding for HOPE Atlanta to take over HOPWA central intake. The group received the funds earlier this month and will fully take over central intake by early October, according to a city spokesperson.

HOPWA central intake used to be handled by Living Room, a non-profit that once billed itself as the state’s largest facilitator of housing for people with HIV. The city terminated the group’s HOPWA contract in July, Living Room filed an explosive lawsuit in return, but it later settled. The group filed for bankruptcy and shut down earlier this month.

The transfer of central intake from Living Room to HOPE Atlanta is another step in the city’s restructuring of its long-troubled HOPWA program, which has been plagued by major delays in payments to housing agencies, mistakes in the application process and inconsistencies in funding decisions. The U.S. Department of Housing & Urban Development launched a federal investigation into the city’s management of the program — including its dispute with Living Room — in July and is expected to wrap it up in October.

Smythe had confidence in how the city is handling the HOPWA restructuring.

“I think it’s fair to say that we are optimistic about some of the changes the city is talking about and we’re grateful that there’s a greater understanding of some of the challenges in the past for all involved,” he said.

The city has no outstanding HOPWA payments due to HOPE Atlanta more than 30 days old, according to Press Secretary Michael Smith.

HOPE Atlanta has been busy planning for the central intake transfer by coordinating with other HOPWA agencies and staffing up to take on its new role. The group posted three full-time positions to its website that would directly tackle central intake. Partners for Home, a non-profit leading the HOPWA restructuring process, is working with HOPE Atlanta on the staffing plan.

HOPE Atlanta is also preparing to have staff at Grady’s Ponce de Leon Center and at Absolute Care to help any new or potential HOPWA clients, according to Smythe. The group is also exploring having staff at the Fulton County Board of Health in Downtown Atlanta as well.

“We feel good about being able to do this right and doing it in a way that doesn’t give the client the runaround,” Smythe said.

HOPE Atlanta is the “ideal” group to take over HOPWA central intake, according to Daniel Driffin, THRIVE SS co-founder and former deputy executive director of Living Room. But he said it’s a major undertaking that will take time to get right, adding that more than 3,000 people accessed some service through Living Room annually.

“I think through continuous intersectional capacity building, [HOPE Atlanta] will get to a point to provide the services required for this vulnerable population,” he told Project Q.

HOPE Atlanta was formerly known as Traveler’s Aid of Atlanta, which was founded in 1900.