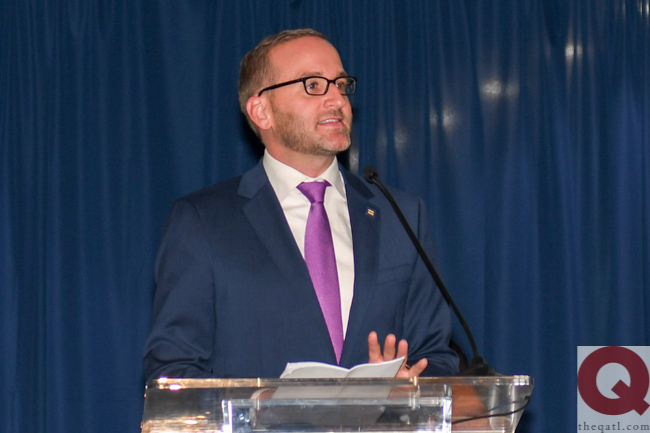 The City of Atlanta notched a perfect score on the Human Rights Campaign’s Municipal Equality Index for the sixth consecutive year, while nine other cities and areas across Georgia received failing scores.

Griffin said it was “vitally important that cities like Atlanta are stepping up to provide crucial, commonsense protections for their LGBTQ residents and visitors.”

“Cities big and small, in red and blue states alike, are continuing our progress towards full equality, and that’s certainly the case in Atlanta,” he added.

The MEI scores hundreds of cities across the country in five key areas – non-discrimination laws, how the city treats its LGBTQ employees, municipal services, law enforcement and relationship with the LGBTQ community.

Atlanta earned “MEI All-Star” status again this year “for scoring above an 85 despite being a state with no LGBTQ-inclusive protections,” Griffin said.

“With the bold leadership of Mayor Bottoms, this city is sending a message to every LGBTQ person, especially our young people, who fear rejection from their communities simply because of who they are or who they love. Atlanta is sending a profound message that all are welcome in the city of Atlanta,” he added.

Bottoms reacted to the announcement in a post-reception press release.

“To the activists, stakeholders, City officials and community members who made this possible – thank you,” Bottoms said. “Words cannot express our gratitude for your continued and unrelenting efforts to push Atlanta toward its promise.”

Other key findings from the report: