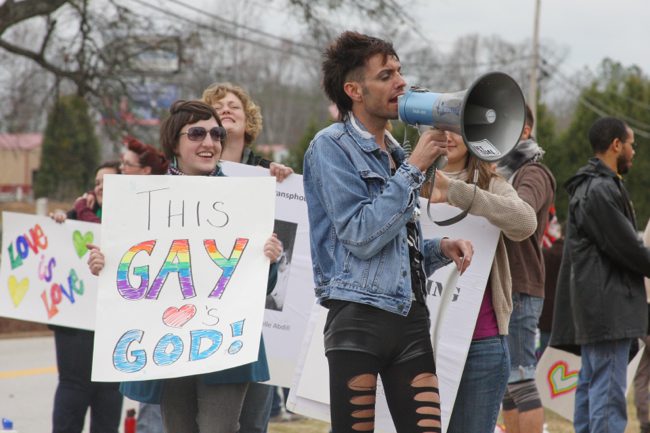 Some 50 LGBT protesters countered an ex-gay conference in Villa Rica, Ga., on Saturday with bullhorns, chants and even a rally cry set to Whitney Houston's "I Wanna Dance with Somebody" (video). The crowd stood just off the expansive property of Midway Church, which hosted Love Won Out, to push their message that ex-gay conference’s junk science hurts people questioning their sexual orientation and that they can’t pray away the gay. The event took place under the watchful eye of a half-dozen Carroll County sheriff’s deputies. Several groups helped organize the rally, including the Queer Justice League, GetEqual GA, Georgia Equality and the Church Without Walls. On Friday, Chaim Levin – a gay man who attempted conversion therapy for more than a year -- delivered an emotional response to organizers of the ex-gay conference during an event at the Rush Center.