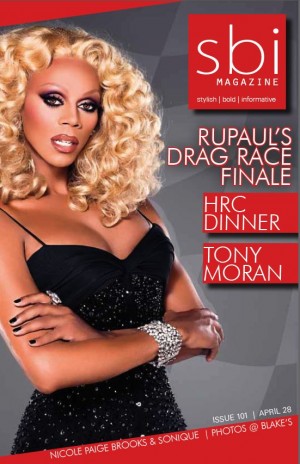 What’s that, you say? You want another gay glossy to hold in your hands and read each week? You’re in luck. Atlanta’s gay media scene has added another pub: sbi Magazine.

sbi – an acronym for stylish, bold, informative – hit the streets on April 28 with a 32-page issue printed on glossy stock. If size matters – and why shouldn’t it for gay pubs? – the mag measures up with Fenuxe and David, though David offers the largest physical page size of the three.

The publication is the creation of Jason Snead (photo), a former party promoter who’s now flipped sides to publish a magazine similar to ones he used to work with to pitch his nightlife agenda. When he began laying out plans for sbi earlier this year, the closing of David last fall left a void in the market.

Today, the gay media landscape is crowded with competitors, including three – sbi, Fenuxe and David – seemingly targeting a similar demographic. David and sbi are weekly, with Fenuxe publishing every other week.

Snead, though, argues that while the publications may compete for advertising dollars, the market is large enough to support the new offerings.

“I had all of these contacts from back when I was doing promotions in Atlanta. We came up with the idea before there were five other publications coming out,” Snead says. “There are so many people within the LGBT community and a lot of them are not always represented in print media. We want to help expand and cover them – Latin things, the Bulldogs crowd. What I hope we accomplish is to be very broad in our community and reaching out.” 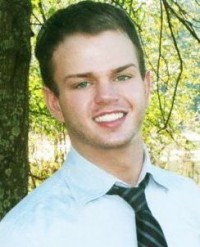 Snead wants the magazine to offer more than the expected helping of nightlife events.

“One of the things I hope we try to do is highlight events under the radar and more than the usual nightlife events,” he says.

The debut issue of sbi, though, makes a strong pitch for the nightlife-going gays. The cover story focuses on “RuPaul’s Drag Race” and includes an interview with Atlanta contestants Sonique and Nicole Paige Brooks. It also offers bar pics, a two-page bar map, a two-page spread of mostly bar-oriented events and a Drink of the Week that could double as an ad for Absolut.

It does offer a fresh take on the popular Bitch Session of the former David, which is now called Bitches in the current David. sbi’s offering is a collection of clever and snarky tweets and status updates from social media outlets. It’s dryly named Best of Social Media.

“I know nightlife so well that I feel like I had a pulse in that. That was our natural migration. As we get feedback, I am trying to expand the event things and articles to not just be on nightlife,” Snead says.

The first issue of sbi landed with 5,000 copies, with the press run for the May 5 issue bumped up to 7,000, he says. The second issue also beefed up its paper stock so even at the same 32 pages, it feels heavier than the debut issue when flipping through it.

Snead is launching the magazine with a staff of four: He and Sunni Epstein own the company that publishes the magazine, Epstein Snead Publications, and are its only fulltime employees. They are joined by two other part-time staffers and several contributors also pitch in. The publication lacks any staff members with publishing experience, though Snead says they are quickly learning the trade.

“I don’t see it as a weakness. There was a learning curve, but we’ve overcome that. I never promise to be writing CNN-quality articles. But we can make people laugh, keep them informed and serve the advertisers. That’s our responsibility at the end of the day,” Snead says.

Snead and the staff experienced a big lesson just a few days before the debut was scheduled to appear. A printer in Panama City, Fla., dropped the magazine after complaining of its “fringe content,” leaving Snead with a problem.

“They had the files submitted to them, called Monday afternoon and said they wouldn’t print it because of fringe content. I was running around scrambling to find a printer. It was very important for me for the first issue to come out on time,” he says.

Snead found a printer in Atlanta and the debut of sbi was delivered as scheduled on April 28.

“We don’t take ourselves too seriously, but also understand we have a job to do and some social responsibility to put on a good face for our community. It’s fun going out and having a purpose other than to just drink. You can go out and take pictures and get to meet a lot of new people,” Snead says.

Let’s recap how the gay media scene in Atlanta has expanded in the last several weeks: sbi surfaces on April 28, Fenuxe launches on April 22, Gaydar’s Southern Voice on April 16, the GA Voice on March 19 and Gaydar’s David magazine on March 10. Gaydar launched the Atlanta Free Press in December, but the weekly newspaper folded a few weeks later.

All of that was made possible by the Nov. 16 collapse of Window Media, which meant the shuttering of SoVo, David and a handful of other LGBT publications.

Also in the media mix: The monthly Pocket Rocket and the informal monthly Don’t Label it!