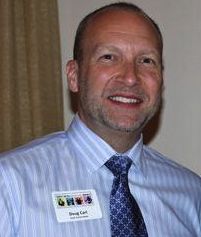 An Atlanta gay man and LGBT seniors activist won a $300,000 verdict from a federal jury who agreed with his claims that he was passed over for a promotion within Fulton County government because he is white and male. The jury ordered Fulton to pay Doug Carl $300,000 in back pay, a sum that could rise next month when a judge decides whether to add in future lost wages, pension benefits and fees for attorneys, according to the Atlanta Journal-Constitution. “I just think people should be employed based upon their merit, and not on their race. Discrimination is wrong, period, and discrimination has no color bounds,” Carl tells the AJC. Carl retired in 2010 as deputy director of the county’s human services department after his position was eliminated. He was not promoted to director after Fulton County Attorney David Ware said Carl “blew the interview”; Carl’s attorney said testimony in the lawsuit proved that the decision was based on race and gender and offered testimony that County Commissioner Emma Darnell interfered in the hiring process. Carl sued five years ago.

Ware said the jury shouldn’t have heard secondhand testimony that Commissioner Emma Darnell played a role, allegedly telling a deputy county manager that she had “too many white boys” in Human Services and the new director should be black and female. The commissioner has denied making that statement, Ware said. Darnell said the county attorney has told her not to talk about the case but she will speak out after the litigation ends.

The county plans to appeal the verdict.