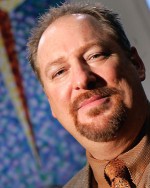 A coalition of black gay and lesbian activists called on officials of Ebenezer Baptist Church to rescind an invitation to a controversial pastor who will lead commemorative services for Martin Luther King, Jr. next month.

The call by the Atlanta Black LGBT Coalition, which formed last month to support social justice issues, was issued Dec. 24, just days after reports surfaced that Rick Warren, the California pastor embroiled in a controversy over his anti-gay views, would keynote the Martin Luther King, Jr. Annual Commemorative Service at Ebenezer on Jan. 19.

The next day, Warren is expected to deliver the invocation at President-elect Barack Obama’s inauguration, an invitation that has sparked criticism from gay and lesbians across the country.

The coalition issued a press release urging Rev. Raphael Warnock, the senior pastor at Ebenezer, to rescind Warren’s invitation. The church has said the invitation was issued in May before controversy ignited over his involvement in Obama’s swearing-in.

“Rev. Warren’s hateful opposition to civil rights for lesbian, gay, bisexual and transgender people and reproductive rights for women, and his intolerance of diversity contradict the values of freedom and equality that this day represents,” the coalition’s press release says. “Bestowing Rev. Warren such a prominent role does not foster greater understanding between divided communities. Instead it drives more wedges between disenfranchised communities that are continually pitted against each other by the agents of racism and homophobia. In effect it enables oppression and implies that there are still some people acceptable to hate.”

News of the Atlanta visit by the pastor of 22,000-member Saddleback Church in California broke on Monday. Including Warren in the MLK services rewards “those who would deny people their human rights based on their sexual orientation, gender, race or economic status,” according to the statement from the coalition.

“On the eve of a historical inauguration we have the opportunity to achieve unprecedented progressive change in this nation, to fully realize the beloved community that Dr. Martin Luther King championed,” the release continues.

“On Monday, January 19th, the eyes of the world will be fixed upon the birthplace of one who challenged us to love somebody who was different. We can choose to see differences differently, not as divisions but rather as strengths and opportunities to achieve greater mutual understanding, love and acceptance. In doing so, we must reach out beyond those who look, believe, or love just like us. Such acts require the courage to relinquish old traditions that shackle our minds and hearts and adapt new ways that liberate us all. We encourage Reverend Warnock, congregants of Ebenezer Baptist Church and the King Center to demonstrate that courage, correct this dangerous mistake while there is still time, and help us reach that elusive mountaintop which for too long has remained a fabled dream deferred.”

Warren’s Atlanta speech is already drawing interest from some gay activists who are considering whether to organize protests around Warren’s Jan. 19 appearance. Georgia Equality, the statewide gays rights groups, says it has no plans for protests in Atlanta. But grassroots activists involved in three recent actions here – a rally at the State Capitol and candlelight vigil on Nov. 15 and a Dec. 13 rally outside two malls in Buckhead – say they are developing plans to counter Warren’s visit.

Read more about the controversy surrounding Warren’s views on gay men and lesbians.