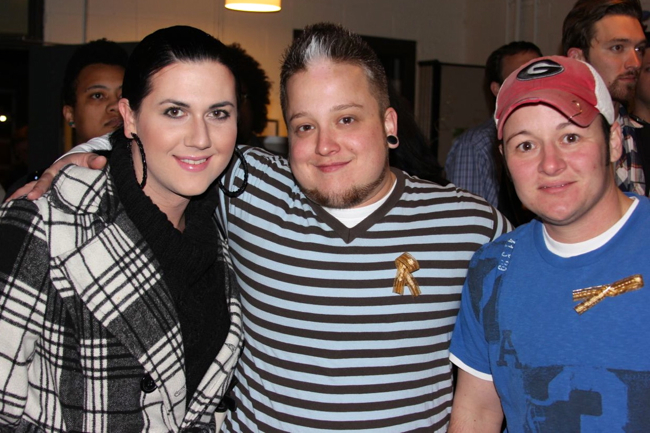 Among Tuesday’s commemorations across the U.S. for Transgender Day of Remembrance was LGBT Atlanta’s annual affair with some added attractions and a distinct tone of triumph amid the reverence this year.

Yes, Atlanta’s 2012 TDOR, rebranded with an “On the Right Path and Celebration of Life Health Education Fair” theme, at the Rush Center included memories of transgender people lost in a world of disproportionate violence and despair. But it also celebrated accomplishments of those who are overcoming gender identity or gender variance adversity on a daily basis. As you probably guessed from the name, the traditional evening vigil reception was preceded by a no-cost health fair all day.

At the reception, representatives of the local trans community were joined in the audience and at the podium by allies from the gay rights, queer progressive, law enforcement, immigration rights, faith-based and AIDS activist realms of Atlanta’s LGBT village.