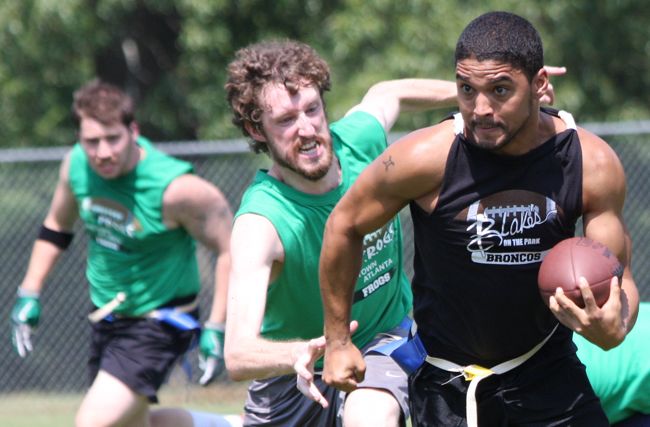 Atlanta’s gay flag football teams fared about as well as its rugby team in recent out-of-town tournament games. In other words, not so well.

The National Flag Football League of Atlanta sent two teams to Chicago Pride Bowl III last weekend, and both were thwarted in their efforts to top the 16-team field. The Flames and Avengers ended group play with identical 1-2 records, putting them in B Division when it came time for the knockout rounds.

But it’s back to a local focus for the NFFLA. The leagues is in the midst of it summer season playoffs and plays its own championship on July 10.

The Atlanta Bucks Rugby Football Club had a rough time at the international, biennial Bingham Cup in Minneapolis. But the gay rugby club is already setting its sights on recruiting for its fall season with Mini Rugby 101 on Aug. 7 and the fuller Rugby 101 on Aug. 28.