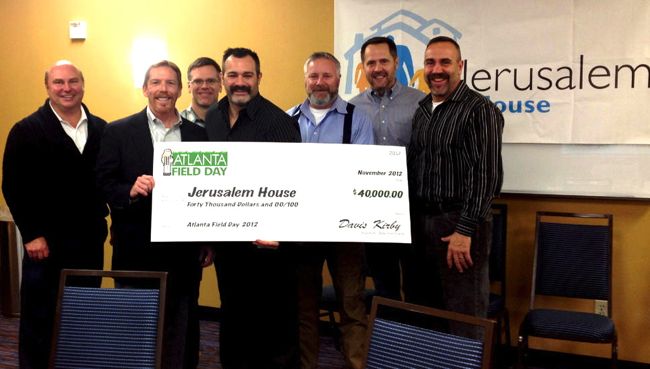 A crowd of hundreds of gay jocks, couch potatoes and weekend warriors tossing eggs, working hula hoops, squeezing sponges and eating pie can make an $85,000 difference. How’s that for an Atlanta Field Day with a purpose?

Reaching the $85,000 mark also meant that Kirby lost his hair. He promised supporters that if they hit that total, he’d shave his head. Or more accurately – and hotly – have rugby stud and cuddle bear Ben Cohen do it. So he did at a fundraiser after Atlanta Field Day.

Kirby thanked participants and sponsors on Monday after delivering the checks to two non-profits.