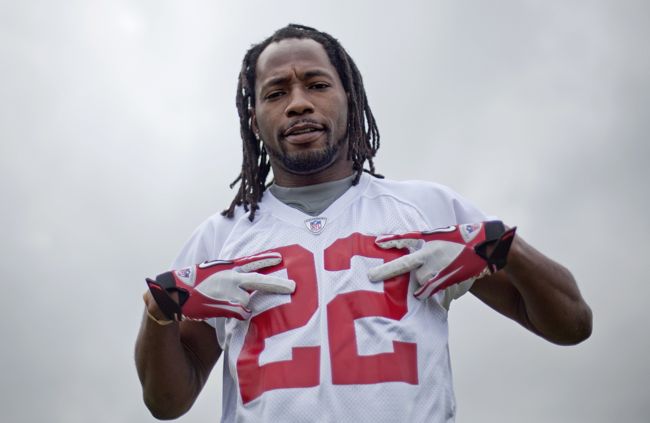 The reaction to former Hawks center Jason Collins coming out ran from open embrace to bigoted disdain. That's the same mix a pro jock might receive among Atlanta's pro sports franchises, too.

Gay Atlanta sports fans have had their fair share of shade thrown at them over the years by the city's sports franchises. But for every John Rocker, there's been a slightly more enlightened John Rocker. For every Roger McDowell, there's been a Braves team trying to make amends for hateful actions. For every Ovie Mughelli fighting gay rumors by suing and Roddy White, there's Ray Edwards ready to kick it with us.

Since Collins shocked the sports world and came out Monday, reaction has been swift. His former NBA team and teammates in Atlanta offered congratulations. Atlanta Braves manager Fredi Gonzalez made it clear he doesn't care if you're gay as long as you can play.

“Being the manager of a Major League team, I could really [care less] if the guy is gay, white, black, green, Chinese or whatever,” Gonzalez said. “If he helps us win a ballgame, I don't care. You treat guys like they're baseball players or football players or whatever. It doesn't bother me whatsoever.”

While not saying that gay athletes would face the same hatred and inequalities that Jackie Robinson and some of baseball's other African-American pioneers experienced, Gonzalez said those that follow in Collins' footsteps could serve as an inspiration for homosexual athletes who have been reluctant to admit their sexual orientation.

“It's almost like the color barrier,” Gonzalez said. “Not to the extent, but it's close. If there is a guy out there that can help you win some ballgames at any level in any sport, why not?”

But unfortunately, that positive take was overshadowed by another massively ignorant one. Atlanta Falcons cornerback Asante Samuel (photo) had this to say:

“Straight people are not announcing they're straight, so why does everybody have to announce their sexuality or whatever? You know, what they prefer,” Samuel said in an interview with Fox Sports Radio. “So that's just how I see it. That's my opinion on things. All respect you know, I have nothing but respect for the people whoever decisions they make and whatever, but you know, you don't have to show it and flaunt it like that. You know what I'm saying, we have kids out here too.”

Samuel seemingly wants people to focus on athletes for the sport they play, not for their sexuality. “Who says you had to announce what you are and that has to be talked about because you're playing a sport? Talk about the sport, how good you do in the sport,” Samuel said. “What you did the last game, keep that like that. You don't have to go into detail about other things. Lets keep it about the touchdowns, the baskets made, the shots, the assists, the goals made.”

That sound you heard was every gay person in the country (and any straight person who has ever met a gay person) smacking their foreheads. It's easy to initially get angry and call Samuel stupid. But I'm going to give him the benefit of the doubt by calling him ignorant.

His comment about how “we have kids out here” is so galactically ridiculous it's not worth debating, since in all likelihood all those kids out there have a more informed worldview on gay people than Samuel does.

But he will learn. That's what's great about Collins' announcement. Opinions like his come out of the shadows and they can be addressed and (hopefully) opinions change as a result. There's going to be a gay pro athlete on an Atlanta team who comes out. Thanks to Jason Collins, it won't be as big of a deal.