Atlanta Falcons not as gay as you might hope 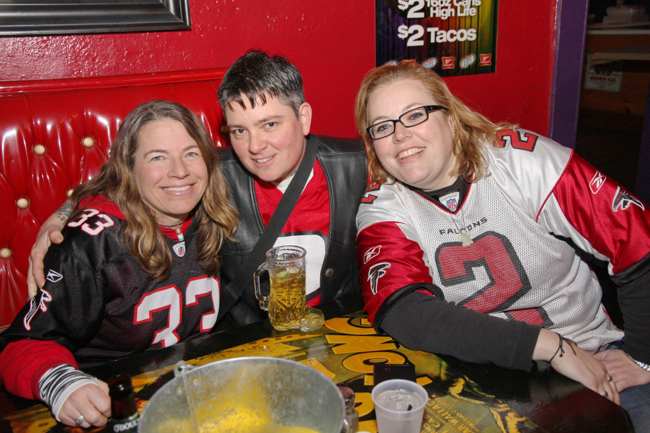 The gay sports site Outsports takes a queer look at the NFL's teams to rank them on gayness. And the Atlanta Falcons rank poorly. Surprised? You shouldn't be.

Outsports ranks the Falcons at No. 27 out of the league's 32 teams for its gayness. After all, the Packers and Bears are so much more gay than Falcons.

It might be in the heart of the South, but Atlanta routinely makes top-10 “gayest cities in America” lists. Why? Surrounded by 300 miles of country not considered particularly hospitable to gays, Atlanta and its “gayborhoods” have become an oasis for out Southern men and women.

But when you scratch below the surface, the Falcons ranking so low isn't a surprise. Why? Asante Samuel. Roddy White. Ovie Mughelli.

And it's not just Samuel's diss of gay athletes, White's lack of respect for the gays and Mughelli suing over rumors of his gay romp. It's the lack of public reproach from team brass when their players say anti-gay things. That's in sharp contract to the Braves with a skipper who supports gay jocks, and the Hawks, which tweeted their great respect when NBA player Jason Collins came out.

The Falcons enjoy support from gay fans and they deserve better. Like that time sexy defensive end Ray Edwards stripped down his muscled body and said he'd kick it with the gays.