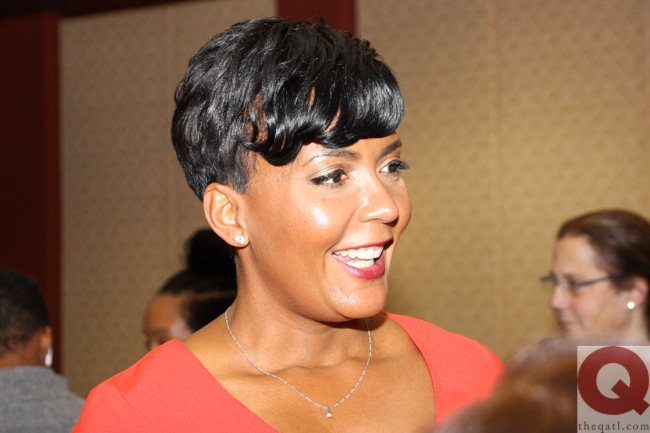 In the midst of an epidemic, Atlanta for the first time ever allocated money in the city budget to fight HIV/AIDS.

Michael Smith, the mayor's press secretary, said Bottoms will work with her newly-formed LGBTQ advisory board to decide how the HIV funds will be used.

“It can be used to avail housing for people with HIV/AIDS, fund treatment programs, or support education initiatives,” Smith said.

Although the city has designated money to support housing for people with HIV/AIDS in the past, Smith added, the $100,000 line-item “in the new budget represents the broadest allocation of city funds dedicated to combat HIV/AIDS to date.”

Queer state Rep. Park Cannon, HIV/AIDS activist Devin Barrington-Ward and Georgia Equality HIV Policy Organizer Eric Paulk lobbied the mayor for the funds. Ward said they were following up on a vow Bottoms made during a campaign debate hosted last year by the Gentlemen's Foundation.

“It was really just her living up to a campaign promise,” Ward said.

Cannon praised the mayor and the city for allocating the funds.

“This is the first time that the City of Atlanta has made a financial commitment to ending HIV,” Cannon said.

Bottoms also said during the campaign that she would appoint a public health director so the city would take a more active role in public health issues, including HIV/AIDS. Smith said the mayor still plans to create the position.

Metro Atlanta has the fourth-highest HIV rate in the U.S., according to the Centers for Disease Control & Prevention.

The Fulton County Board of Health recently unveiled the #STOPHIVATL campaign to raise awareness of HIV, eliminate stigma and provide information about prevention efforts including PrEP.