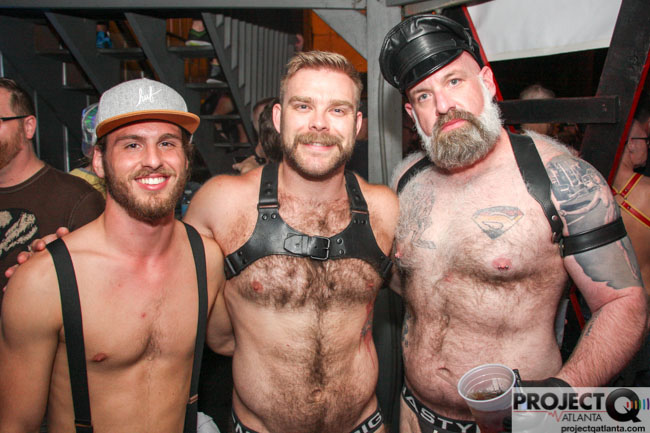 The Eagle likes to dominate gay Atlanta's nightlife scene and this weekend, the legendary bar will celebrate three decades of doing just that as it hosts Atlanta Leather Pride and its 30th anniversary celebration.

It's a perfect pairing every April – a weekend-long celebration of leather and love for the Atlanta Eagle.

The history of the Midtown bar has its roots in a gay country bar called Renegade’s. When the concept failed, original owner Jay Evans revamped the space as the Eagle. Unlike Renegade’s, the Eagle was a success, with several different clubs making a home at the bar. A decade later, though, the Eagle came close to closing after Evans passed away.

“I was a big part of Southern Bears 20 years ago, and the Eagle was going through a transition,” says Richard Ramey, the current Eagle owner who purchased the bar with former partner Robby Kelley. Ramey took full ownership of the bar two years ago.

“The Eagle went to his father and estate. The plan was to sell the real estate and close the Eagle. Once I got wind of what was going on, and what their intentions were, I stepped up to the plate,” Ramey adds.

“They were going to get rid of the clubs and try to change it and save it. But the main intention was to sell the real estate and close the bar. So they sold the real estate and filed bankruptcy, and I stepped up and said, ‘We don’t want the Eagle to close,’ so I bought it, and the rest is history,” he says.

The Eagle is set to stay put for a while, too. The property that houses the Eagle, along with the adjacent Kodak building, was sold in October. The new owner, Shahzad Hashmi, plans to turn the Kodak building into a wellness center but leave the Eagle in place for years to come.

“He’s wonderful,” Ramey says of Hashmi. “I was involved in the sale of the property. The only way he would purchase the property was if the tenant would stay, which is the Eagle. So I had to sign an agreement before they closed on the property, saying that my plans were to stay. I signed a new lease at the time of the closing, which was part of the process. He basically told me that I have a home as long as I want it.”

That could be quite a while, based on how Ramey sees the relationship the bar has with the community.

“I just don’t see how the bar could be doing any better at this point in time. It’s so well taken care of by the community,” says Ramey (second photo). 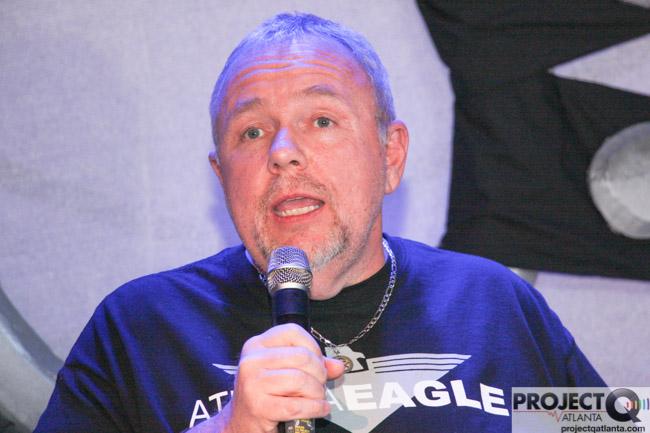 'It was the first bar where I felt at home'

That feeling came to the forefront in 2009, when the bar was raided by the Atlanta Police Department. The Eagle successfully sued the city and the police department, proving that charges of nudity, sexual activities and drug use on the premises were false. The lawsuit also led to the disbandment of the Red Dog Unit, a specialized unit that took part in the raid.

But the whole scenario showed Ramey how much love LGBT Atlanta has for the Eagle.

“A couple of days after the raid, I stood on the back of the bar, and I stood there and said, and stand by it today, ‘As long as you want an Atlanta Eagle, there will be one.’ And they want one, because they keep coming back. They keep showing their support and their love,” he says.

Which leads to the celebration the Atlanta Eagle has in store. As it has for several years, the Eagle’s anniversary will coincide with Atlanta Leather Pride and includes the Mr. and Ms. Atlanta Eagle and Mr. Southeast Rubber contests.

The weekend kicks off Friday with an Onyx-sponsored party featuring music from DJ Ron Pullman. Saturday night includes the competition for Mr. and Ms. Atlanta Eagle and Mr. Southeast Rubber and Sweat Victory Party with DJ Neon the GlowGoBear and a balloon drop at 1 a.m. with cash prizes. The weekend ends with a Sunday brunch at Roxx Tavern.

So what does the future have in store for the Atlanta Eagle? According to Ramey, there will be some upgrades as the years pass, but he’s careful not to change the atmosphere of the bar too drastically.

“What I want to try to do is always keep the Eagle cosmetically looking like the Eagle, and I also want to have a safe and clean environment for our patrons to come,” Ramey says. “It was time recently to update the dance floor with a new sound system and new lighting, and those are things you do to keep the customers happy. So I’m always going to try to add new things.”

“It’s funny,” he adds. “The Eagle family, they don’t like a lot of big change, so I have to be very careful about what I do change, because it’s their home. It’s all about the Eagle and what it can provide to the community for me. For me, as owner, it’s never been about the money. It’s really more about the Eagle. It was the first bar where I felt at home, as a young chubby man. It was a bar I could go in and be myself.”

After knockout rounds that lasted all year, the monthly winners of the New Faces contest threw down their best numbers in a pageant for...
Read more
Nightlife

In a first for the House of Alxndr and possibly all of Atlanta, it was kings only for the Manhole drag show on Friday...
Read more