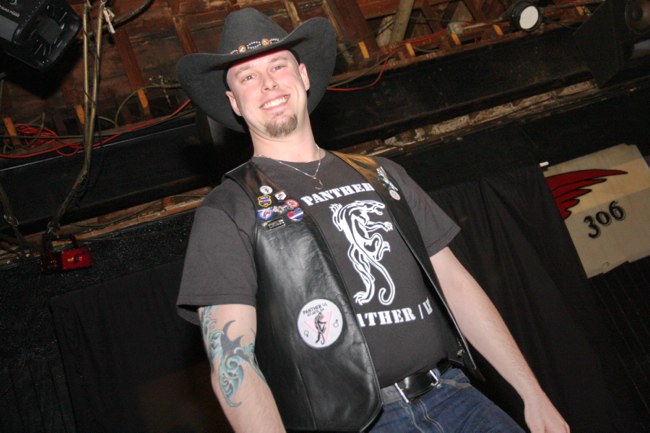 Four men and one woman strapped on their leather best Saturday to compete for the top leather titles at the Atlanta Eagle during the bar's anniversary weekend celebration. Pup Tank (top photo) took the Mr. Atlanta Eagle sash. replacing Jeff Donaldson, who took over from Wayne Turpin, who won after Chandler Bearden, who took the title from Alan Penrod, who won in 2009. And continuing a resurgence that started with the 2012 contest, a Ms. Atlanta Eagle was also named: Lizzy Fountain. The contests came as the bar celebrated its 26th anniversary during the weekend-long Atlanta Leather Pride, which included a barbecue on Friday, victory party on Saturday and leather brunch on Sunday. They also hosted the T-Dance Wind Down Party on Sunday.