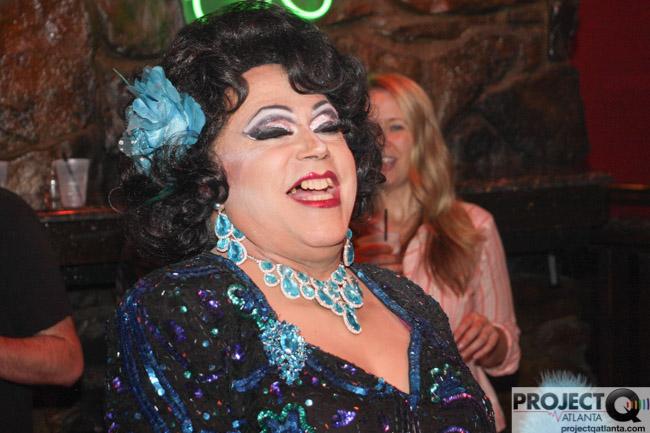 Sharon Needles, a longtime member of Atlanta camp drag troupe the Armorettes, is in a coma after a years-long battle with cancer.

Needles (photo), whose legal name is Edward Smith, is in a hospice care facility in Covington, according to Smith's partner David Jones.

“I hate that because the thing I remember most about Sharon is just her joy,” Stephens told Project Q Atlanta. “She was always smiling, always laughing. Even when she was sick, she never looked like she felt sick. If you were around her, you couldn’t help but be caught up in that joy and laughter.”

Needles has always been an active supporter of the drag community, Stephens said.

“If there was any kind of drag show, Sharon Needles was there,” she said. “She was either performing or in the audience supporting.”

Kevin Crumsey, who performed with the Armorettes as Trashetta Galore, said Needles has been supporting efforts to fight HIV since the 1980s. Needles is also HIV-positive.

“Sharon’s generation was right in the middle of it,” Crumsey said. “She’s survived all these years and never taken a diagnosis as a death sentence. She just fought it. And she’s still fighting.”

Needles performed as long as possible despite the cancer diagnosis, according to Crumsey, including at the Armorettes' annual Easter Drag Races and anniversary parties.

“She wouldn’t let the health issues stop her or slow her down,” Crumsey said. “She would go out and engage with the audience and pull them in.”

Stephens added that Needles’ spot among drag performers will be hard to fill.

“When her time comes, and she’s passed and I’m at a drag show and don’t see her there, it won’t be the same if I don’t see her smile and her laughter,” she said. “She will definitely be missed.”