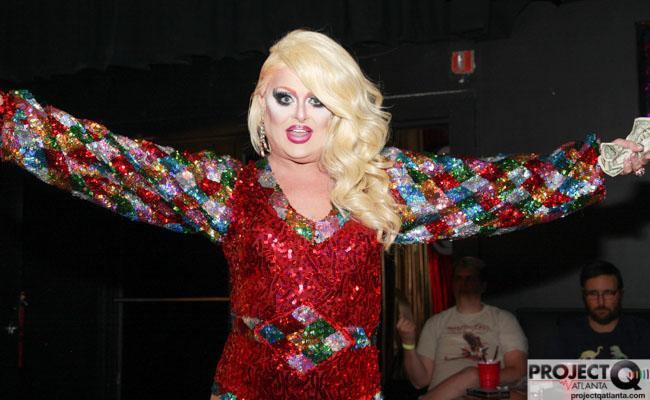 A day of celebration in Midtown ended in violence for an Atlanta drag entertainer early Sunday as someone attacked and robbed them on a walk home.

Kevin McClelland, who performs as Celeste Holmes, was bloodied and dazed after being struck in the head as he walked along Piedmont Avenue between 1:30 a.m. and 2 a.m. on Sunday. McClelland said he was returning to his apartment after a day of celebrating the presidential election being called for Joe Biden.

McClelland and his husband joined the large impromptu celebrations at the rainbow crosswalks in Midtown and then moved their victory party to Ansley Square, which is home to Midtown Moon where Holmes performs.

When his evening ended, McClelland walked home along Piedmont. As he neared the entrance of Atlanta Botanical Garden, he was struck in the head and fell to the ground.

“I don’t even remember much, just a hit across the side of my face. I might have passed out, I might not have,” McClelland told Project Q Atlanta.

“It took me several times for me to get up. I touched the side of my face and it was bloody,” he added.

McClelland’s attacker stole his phone and credit card. With no phone, he had to continue his walk home to call police and seek medical attention.

After police arrived, paramedics took McClelland to Grady Memorial Hospital where he spent the night. McClelland said he suffered a bloody head, scraped knee and a bruised thigh. On Monday, he could only partially open his left eye.

“It was definitely out of the blue, and I was out of it on the ground. It took me three or four times to get my balance to get up. One minute, I was standing up and the next I wasn’t. It’s really pretty frightening,” McClelland said.

He said the incident happened quickly and he only saw one person. He’s not sure what he was struck with. A preliminary incident report from the Atlanta Police Department labeled the incident “a pedestrian robbery” and indicated the assault is under investigation.

“I just remember the hit, and then I saw the person right before I fell to the ground,” McClelland said. 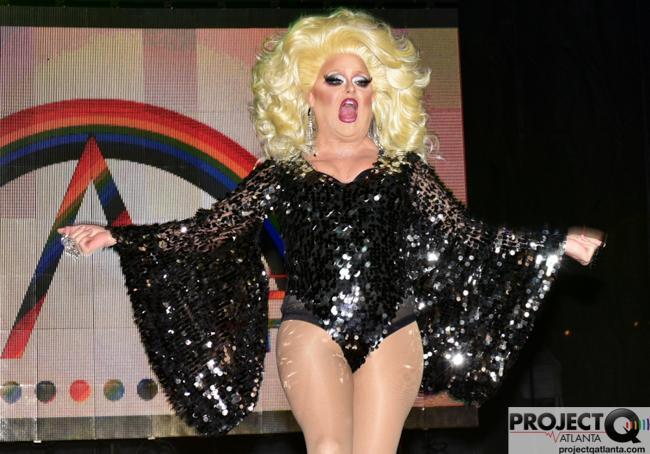 ‘I’ve never experienced that much love’

McClelland described the incident and included photos of his injuries in two Facebook posts. That prompted an outpouring of support that has helped him in the wake of the assault.

“When I got home from Grady, I was so upset with Atlanta, and then as the day went on and all of the outpourings of love, it really shows what a tight-knit LGBTQ family that we have here. It has moved my mental state to a more positive place. I’ve never experienced that much love and outpouring from this community. It’s been incredible,” he said.

McClelland said his injuries will keep him out of a scheduled appearance with the Armorettes at the Heretic on Saturday.

“There is not enough makeup to cover this face, even though I would be prettier than any of the Armorettes,” McClelland said with a laugh.

But McClelland will soon resume his drag performances, which are reduced recently during the coronavirus pandemic. His schedule includes a limited engagement on Saturdays at Midtown Moon. When he does return to the stage, he won’t be walking home alone again.

“We’ve all done it. We’ve all walked home,” he said. “But this really is about telling people to be safe and go in pairs.”

In November 2016 – just days after Donald Trump was elected – McClelland’s feeling of personal safety was jolted during a handful of anti-LGBTQ incidents in metro Atlanta. That’s when he said the driver of a pickup truck yelled “faggot” at him as he walked into a Starbucks on Peachtree near 7th Street in Midtown.

“When he yelled it at me, my whole body tensed and I felt 12 years old again in my junior high school hallway. For the first time in years, I felt unsafe for being gay,” he said at the time.

But the response since Sunday’s attack leaves him humbled.

“The overwhelming support of love that has come from Atlanta and around the country – I’m just blessed that I didn’t get hurt worse and I’m especially happy to have such a supportive community around me,” McClelland said.