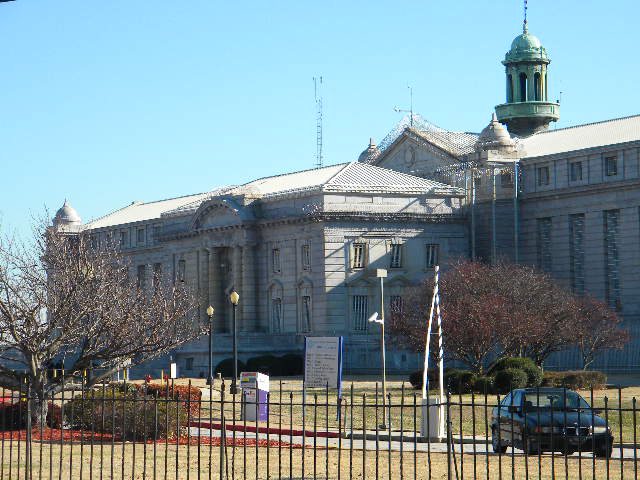 A former prison doctor who tried to play out his gay sex fantasies in Atlanta's federal pen is now an inmate himself. For the next two years. Lewis Jackson, 34, was sentenced Thursday in federal district court for assaulting three inmates in October 2011. That's when he tried perform oral sex on the men as they sought medical treatment at the prison in southeast Atlanta. In one case, he pushed for anal sex. Jackson pleaded guilty in November and now faces a sentence of 2 years, 1 month in prison. He's also awaiting sentencing in Washington, D.C. on similar charges. “The federal inmates who relied on Dr. Jackson for their care believed he would treat them humanely," U.S. Attorney Sally Quillian Yates says in a prepared statement. "He exploited this trust when he sexually abused three inmates at the United States Penitentiary in Atlanta and another inmate at the District of Columbia jail. His conduct cost him his license to practice medicine and ensured he will spend the next several years as an inmate himself.” The case is filled with oddities: • When federal agents confronted Jackson with the allegations, he denied them. Of course he did. But agents then played the secretly-recorded soundtrack to one of his escapades and Jackson folded. • When Jackson was snatched up and jailed in Atlanta, he was already on bond for similar charges in the District of Columbia Jail in 2008. Nice background check, fellas. • In November, Jackson was accompanied in court by his wife and parents, according to the AJC. Yeah, mom really needs to hear about those kind of medical exams. • Jackson was due to plead guilty in August, but that was pushed back when he tried to commit suicide and was hospitalized for seven days. Jackson tried to explain away his penchant for full-service exams on unwanting prisoners like this:

During his hospitalization, Jackson said, he was diagnosed with mental health conditions he was unaware he had. Jackson told Totenberg he is now taking medication, receiving excellent therapy and “I’ve got the most wonderful and supportive family.”