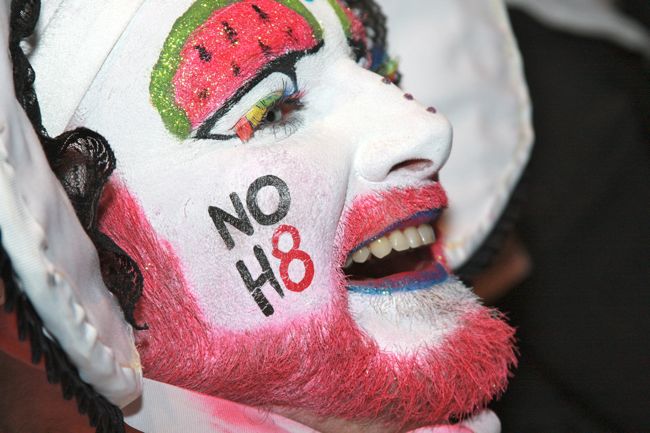 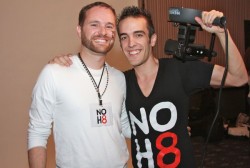 VIEW PHOTOS | NOH8 Campaign Atlanta Shoot @ W Atlanta Midtown The celebrated NOH8 Campaign from photographer Adam Bouska made its first stop in Atlanta on Sunday, drawing hundreds of people ready to have their photo snapped with the iconic tattoo and duct tape from the silent protest. Organizers say more than 800 people registered to have their photo taken by Bouska, who spent hours tirelessly snapping the pics as his partner Jeff Parshley was nearby organizing people in the long line that snaked out of a ballroom at the W Atlanta Midtown. 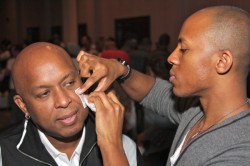 Bouska (second photo right) and Parshley launched the photography campaign after voters approved Proposition 8 in California. The measure enacted a ban against same-sex marriage similar to one passed in Georgia four years earlier. Unlike Georgia’s ban, Prop 8 is being challenged in court. The Atlanta event – Bouska called it one of the largest yet in NOH8 history – was organized by Josh Noblitt (second photo left), a gay pastor at Saint Mark United Methodist Church who was the victim of a hate crime last summer. Noblitt hoped the event would be part of a long-term process for him and the city to help transform hate into love, one of the reasons the campaign shoot was scheduled for the weekend of the 25th anniversary celebration of the Martin Luther King, Jr. holiday. Noblitt organized the event with Carlton Mackey from the Emory Center for Ethics and Nikki Noto with V-Day, a group that works to end violence against women and girls.