Atlanta cops want to pre-party with you Saturday 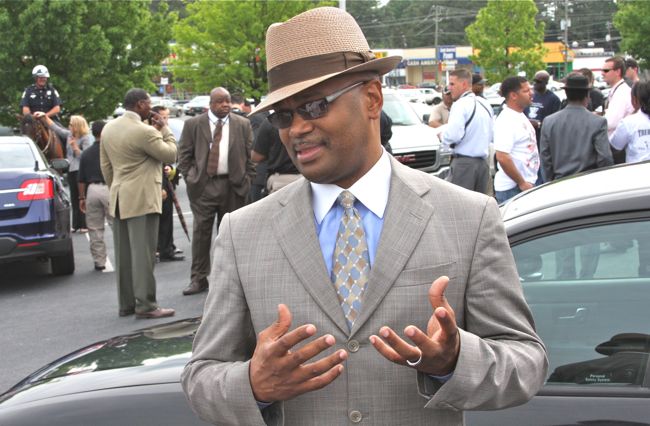 Give Atlanta police some credit. They really do want to hear from LGBT residents. But they still have a few things to learn. A meet-and-greet on Saturday evening of the Easter holigay? Really.

Seriously, the department’s new top cop in Zone 6 — Major Keith Meadows (photo) — is hosting an informal coffee klatsch with the gays on Saturday at 6 p.m. The 90-minute session is set for Kirkwood United Church of Christ.

From the Atlanta police:

Maj. Meadows was recently appointed as the new commander for Zone 6, which encompasses many of the city’s most diverse neighborhoods and communities, including East Atlanta, Kirkwood, Inman Park, Candler Park, Little Five Points and Virginia-Highland.

“The department’s mission is to reduce crime and promote the quality of life in partnership with our communities,” Meadows said. “The LGBT community is an important part of Zone 6, and I welcome the opportunity to work together with them to reduce crime.”

It’s the latest of several efforts to improve the agency’s relationship with LGBT residents since you know what took place in 2009. The effort has included a public forum with top commanders and a trio of town halls, the latest of which included Mayor Kasim Reed and Chief George Turner.

And it’s not as if Meadows is unfamiliar with LGBT issues and police. His last gig was heading up APD’s Major Crimes Section, a job that oversaw the investigations into several gay-related homicides.

So stop on by before putting on that Easter bonnet or hanging with the gay superheroes. But do so before you kick-start your pre-partying. It’s a Q&A with the po-po. In a church.