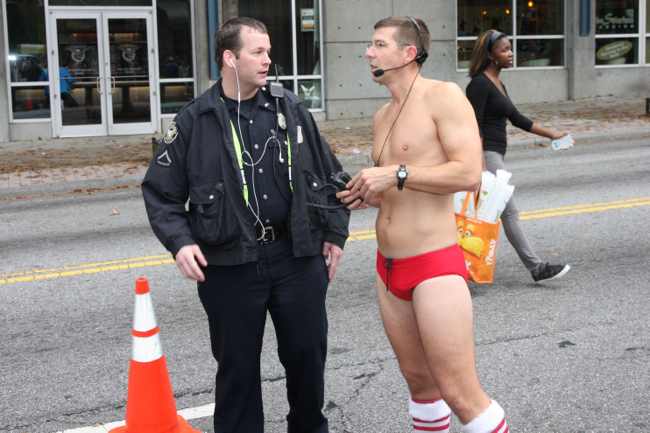 The roller coaster ride that is the relationship between Atlanta cops and LGBT residents is tenuous but improving. A sign that it’s getting better? The reaction of a beat cop to a gay guy clad in just a Speedo and Madonna mic. 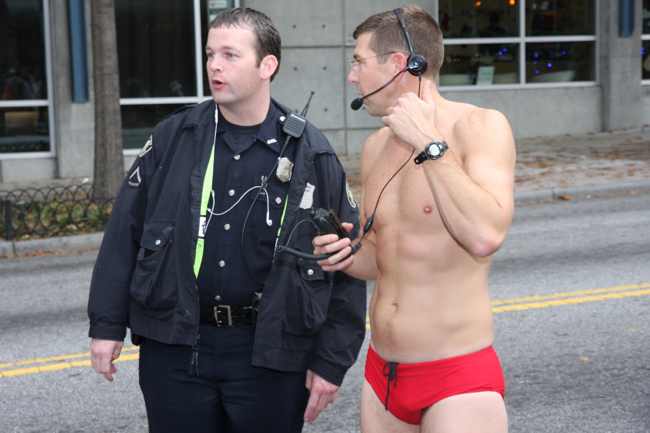 The moment came Saturday as Sean McKinley, one of the gay organizers of the Atlanta Santa Speedo Run (view photos), approached an Atlanta police officer. The cop was stationed on Peachtree in front of Hudson Grille to keep drunk Santas from pulling a Margaret Mitchell. The cop was in full uniform. So was McKinley, though that meant a snug Speedo and a headset. And running shoes. 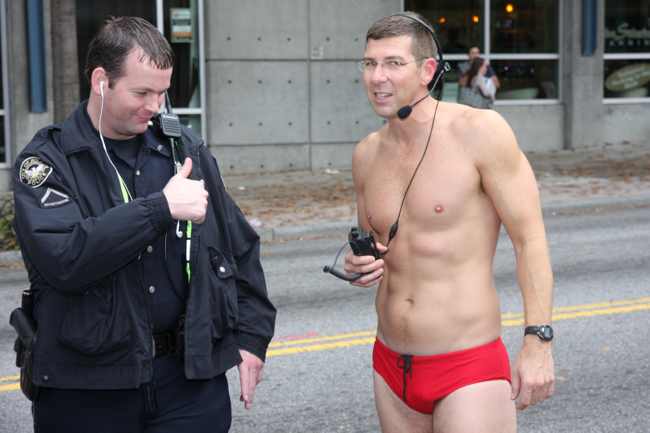 The two stood close; the conversation was brief. Since one was wearing little more than a fabric patch, the moment they shared was intimate. And successful. The cop gave McKinley a thumbs up when they finished their quiet whispers to one another. Here’s another sign Atlanta police are working hard to beef up their bromance with the gays: On Wednesday, the agency will unveil its contribution to the It Gets Better campaign. The video features nearly two-dozen officers discussing coming out, growing up gay and how they coped with it. The screening takes place at the gay Rush Center with LGBT activists and is open to the public.