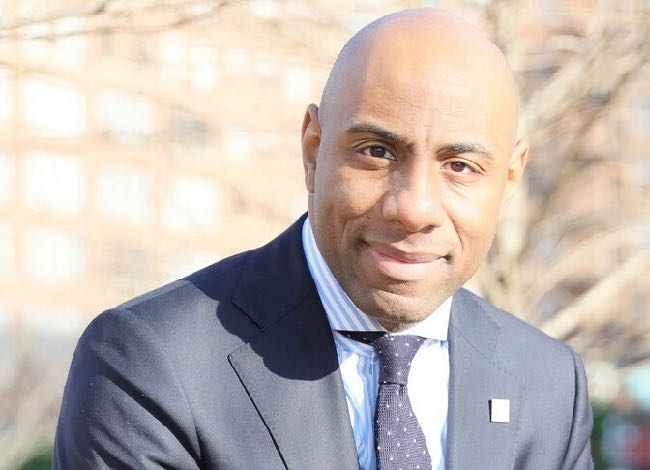 Cory Ruth pledged to be a strong advocate for LGBT issues and the fight against HIV despite a slate of anti-LGBT supporters backing his campaign for Atlanta City Council.

The 39-year-old partner with Mergence Global, which provides information technology project management and services, is running to replace Mary Norwood for the Post 2 At-Large seat on the city council. Norwood, a longtime supporter of LGBT issues, is instead running for mayor.

Ruth – a one-time Republican candidate for U.S. Congress and Fulton County Commission – benefitted from a February fundraiser that included a politically eclectic group of supporters. Among them were anti-LGBT officials U.S. Sen. David Perdue, state Rep. Kevin Cooke and state Sen. Hunter Hill, who is running for governor. In March, Hill voted to amend a bill to include a ban on adoptions by LGBT people and last year, killed his own legislation after LGBT protections were added to it.

Ruth said the event showed that he can speak across party lines about the importance of Atlanta's LGBT residents.

“Frankly the cause of human rights is simply too important to have one party representing [it],” Ruth said.

“Atlanta has benefited from its strong gay community, from an economic development perspective, from a cultural perspective,” Ruth added. “It’s one of the things that distinguished us from other cities, not only in the nation but around the world.”

Ruth – campaigning with the slogan “United Atlanta” – defended his connections with the conservative stalwarts. He said he views himself as an influencer and that through these relationships he can press for the human rights issues interlinked with the fight for LGBT equality. He also said that his connection to anti-LGBT leaders is indicative of his reach and his ability to be bipartisan.

“I think in politics we tend to think, ‘hey this person is supporting Cory, therefore Cory must be influenced by them.’ But I think it’s the other way around, I want you to see that these are the types of people I have friendships with, as I said earlier, on both sides of the aisle. I intend to be an influencer, that’s what leaders do,” Ruth said.

Ruth said he would be a strong advocate for LGBT issues on the city council and highlight the fight against HIV. Georgia – particularly metro Atlanta – is facing an HIV crisis among gay men.

“The LGBT cause is a human rights cause, and I just think that, that is something I will promise to be a strong advocate for,” Ruth said. “I just want to commit to that.”

Ruth said that voters should consider “making sure that the person that I put into this seat is leveraging their platform to encourage that this crisis be addressed at the Fulton County, the state, the federal level, and to whatever extent the city can be involved in it, at the city level.”

He added that constituent services would also be a part of his commitment as a city council member.

“Also making sure that there is strong constituent services, that fight to protect people from housing discrimination and job discrimination, but just being responsive because, you know, the LGBT community is made up of people after all,” Ruth said.

Ruth highlights his support of HIV testing in campaign materials, an issue that he learned about thanks to his wife's influence. Kathleen Ruth is a behavioral scientist at the Centers for Disease Control & Prevention.

“She's focused on HIV/AIDS and she has really made me keenly aware of the public health challenges that we face, particularly in the city. This is a serious public health crisis and it has gone unaddressed at the, I think, at the levels that the crisis demands,” Ruth said.

Ruth is running on a platform that emphasizes the need for increased safety through more robust surveillance networks and a need to increase partnerships with the state and federal government.

He has raised more than $54,000 since announcing his candidacy earlier this year. He faces Matt Westmoreland, an Atlanta Board of Education member who has raised nearly $111,000. Westmoreland was among several elected officials and candidates who attended the HRC Atlanta gala last month.

Ruth, who lost in Republican primaries for Georgia's 4th Congressional District in 2010 and the Fulton County Commission in 2014, described himself as a centrist.

“I am not somebody sort of right of center or left of center, I am hoping to be the person that is in the center,” he said.

During his 2010 campaign, Ruth described himself as a “solid conservative” in an interview in which he also discussed how he was influenced growing up by “the deep conservatism of our Pentecostal church” that his family attended.

The Committee for a Better Atlanta hosts a forum for city council candidates May 8.