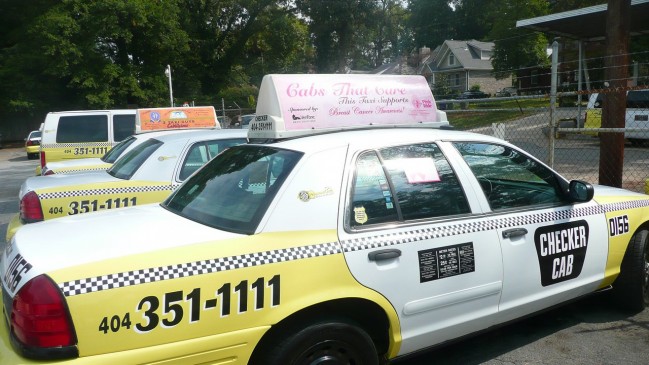 Within hours of an Atlanta Checker Cab driver telling a gay man “fuck you faggot” outside two popular gay nightspots in Midtown, the company confronted the driver and fired him. Matt Sutter, a gay man who lives in East Atlanta, says that as he and friends enjoyed karaoke at Gilbert’s late Wednesday, he stepped onto a sidewalk on 10th Street to warn a motorist that she parked in a taxi stand and could be towed. As he talked to the driver, a Checker cabbie parked nearby confronted Sutter. “He comes walking up and starts yelling at them,” Sutter says. “I told him I was on top of it and he said, ‘Fuck you faggot.’ I was dumbfounded to have someone call me that in front of two of these popular places.” Sutter says he then stood nose to nose with the cabbie to warn him against slurring him again. The cabbie returned to his cab and a security officer from nearby Blake’s intervened. He attempted to have the driver apologize to Sutter, who dismissed it as insincere. “We don’t need people like that in our neighborhood. If that’s how he feels about our community, then he has no business parking his cab in front of the most popular gay bars,” Sutter says. After the confrontation, Sutter returned to his friends inside Gilbert’s. As they took to social media to report the incident, Sutter called the cab company to complain. Checker Cab, a family-owned company founded in 1947, took quick action once the incident was reported. President Rick Hewatt says he cancelled the driver’s contract with the company on Thursday. “We called the driver in, he didn’t deny it and he had his own story that this individual had cussed him out and not acted appropriately. I told him that’s no excuse and I cancelled his lease,” Hewatt says. “Very seldom do we have these sorts of problems. When we do, we take care of them. Obviously, this is proof of that.” The company’s more than 200 drivers are independent contractors with Checker Cab, Hewatt says. They undergo two days of classes from the City of Atlanta before gaining a permit and that includes some diversity training, he says. Hewatt declined to identify the fired cabbie, but says he drove for the company for about a year. “Drivers that do not conduct themselves in a professional manner, we cancel their lease. We certainly have standards and if they don’t meet that standard, we don’t lease them vehicles,” Hewatt says. Hewatt says that he isn’t aware of any openly gay drivers for the company, but that Checker has leased to gay cabbies in the past. Sutter says he’s pleased that the company took such quick action. “I think that is a good consequence for him,” Sutter says. “We don’t need attitude like that in our community.”