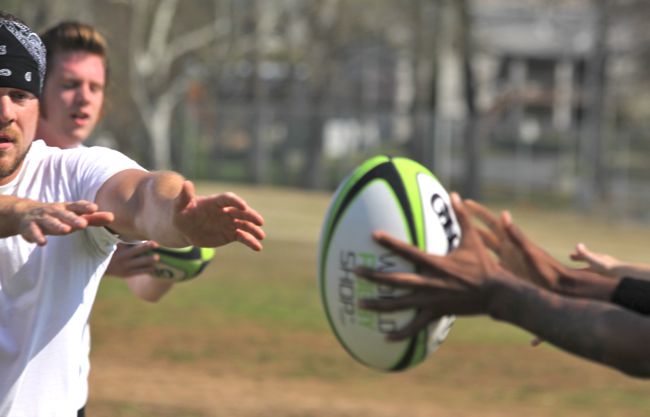 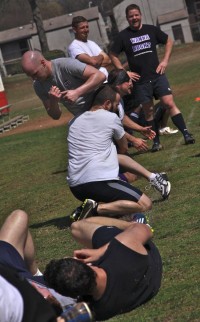 The Atlanta Bucks have tackled Bishop Eddie Long. They hope to tackle stud rugger Ben Cohen in May. Last Saturday, the gay rugby squad spent time with new and returning players so they learn how to tackle – and more.

Spring Rugby 101 on March 19 meant about three hours on a field in Kirkwood to learn more about the club and the sport. The Bucks play a limited schedule this spring, including an April 2 road match in Washington, D.C. against the Renegades.

To prepare, they’ve focused on the basics, first with a primer in January and again last weekend. After all, they want to be on top of their game when Cohen – the English rugby star that comes complete with a side of sexy – stops in Atlanta in May to launch the U.S. leg of his “The Acceptance Tour 2010.” Among the cocktail parties and fundraisers, Cohen will also take part in sessions with regional rugby clubs.

Before that, though, the Bucks and supporters will don dresses for the club’s Purple Dress Run. The fundraiser – part run, part bar crawl – is set for April 30. The $30 registration fee, which rises to $35 on run day, benefits the Bucks and the MISTER program of Positive Impact.