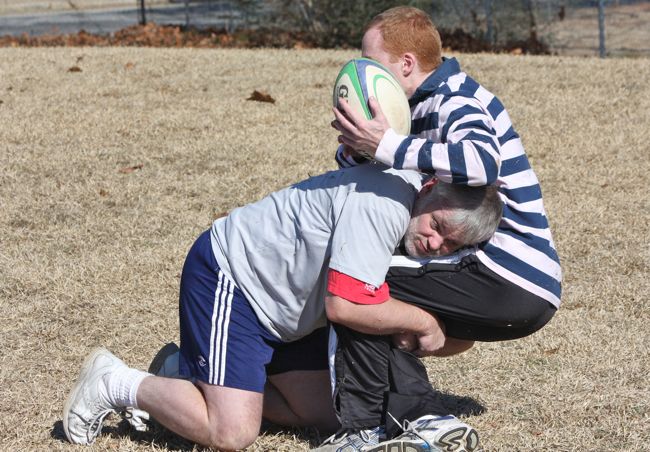 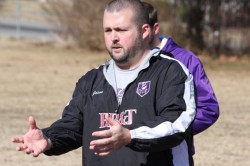 The Atlanta Bucks Rugby Football Club brushed off the dust from their cleats on Saturday, taking to the pitch for Winter Rugby 101.

The two-hour primer walked new recruits – and even some veterans – through the basics of the sport. The session is a rite of passage that the Bucks typically host twice a year in advance of their seasons.

But this winter, the team is scaling back on matches to rebuild the squad after a tough fall season. The Bucks ended the season in November with a 14-0 win over a gay squad from Nashville, bringing their record to 2-3. Then they dropped their rugby shorts for dresses and the successful Miss Ruck & Maul fundraiser in December. During the pageant, the club debuted its video contribution to the “It Gets Better” campaign.