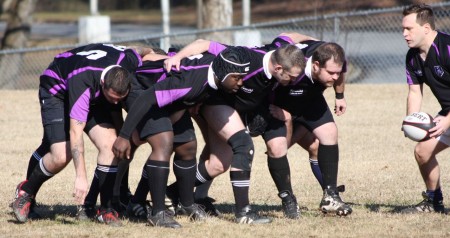 The gay club lined up against a squad from Georgia Tech for the match, which was held at Coan Middle School in Kirkwood.

On Jan. 31, the Bucks hold “Rugby 101,” a tradition held early in each season to recruit new players and teach them the basics about the sport. The Bucks are also hosting a beer bust on Feb. 1 at 3 p.m. at F.R.O.G.S. Cantina in Midtown. The $10 admission is a fundraiser for the club.

View the Project Q Atlanta photo album from the match.