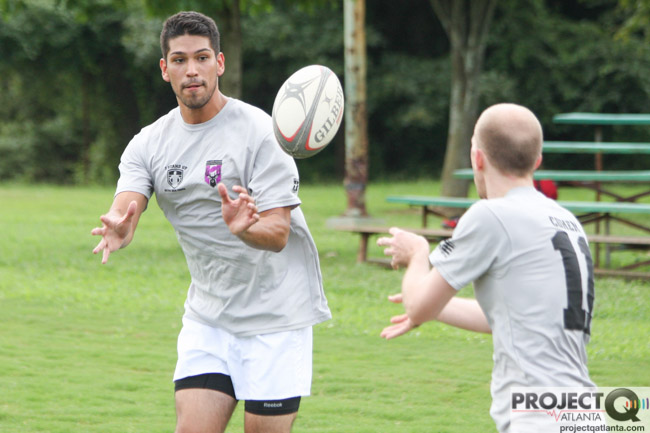 Signaling that their fall season is on the horizon, the gay jocks of the Atlanta Bucks rugby squad hit the pitch on Saturday to teach rookies the basics and warm up a handful of veterans.

So they jogged, grappled and chucked the ball under the watchful eye of instructors on Aug. 10 at Walker Park. The crowd surpassed what the Bucks saw during their Rugby 101 in January. Maybe cruising Grindr for athletic supporters helped.

The squad's season kicks off Sept. 14. You can meet the Bucks during their bar night on Saturday at the Eagle, part of a full weekend of gay things to do.