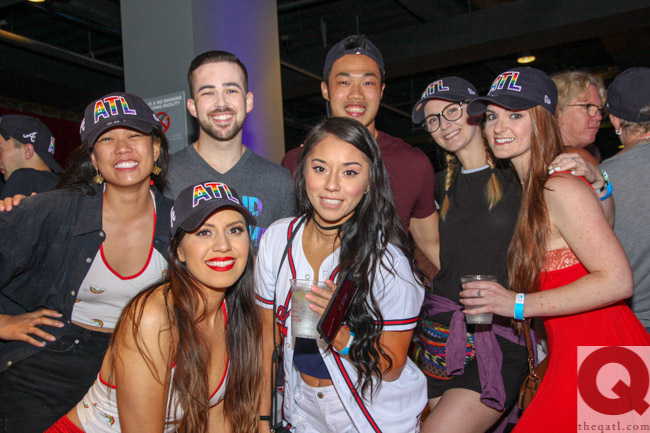 The Atlanta Braves marked Pride month on Friday with their eighth annual LGBT Night, featuring a high-energy pregame party at the Coca-Cola Roxy and an LGBT takeover of SunTrust Park’s rooftop lounge.

Organizers lit up the Roxy chandeliers in rainbow colors as the DJ spun and an emcee egged people on to dance — and they listened. From there it was off to the ballpark, where eventgoers could sit in their designated outfield seats or head up to the Xfinity Rooftop Lounge.