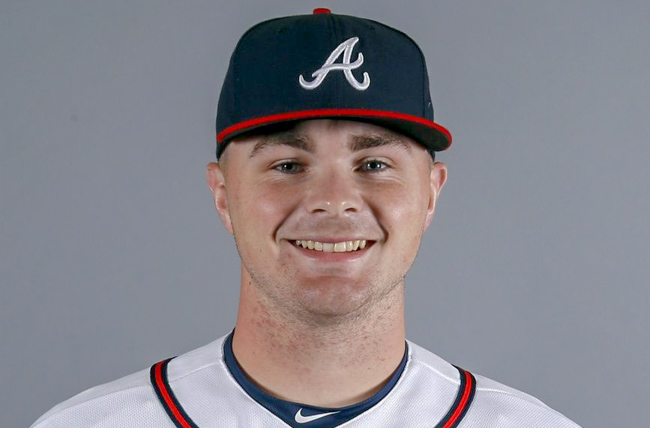 Atlanta Braves pitcher Sean Newcomb apologized after years-old tweets were uncovered in which he called people “fag” and mocked a young black man for being gay and “presenting about black hair.”

Newcomb quickly apologized after the tweets were uncovered on Sunday. Newcomb, 25, posted the tweets in 2011 and 2012 when he was 18.

Twitter user @NatsSquid reposted some of the tweets in question.

The first tweet is a line from the Drake song “The Motto.”

The tweets have since been deleted from Newcomb’s account.

Newcomb apologized after Sunday’s game against the Los Angeles Dodgers, in which the pitcher was one out away from throwing a no-hitter.

“This is something that obviously can’t be happening. I feel bad about it. I don’t mean to offend anybody. I definitely regret it,” Newcomb said, according to Fox Sports South.

The apology continued, according to ESPN.

“I just wanted to apologize for any insensitive material,” Newcomb said. “It was a long time ago, six or seven years ago, saying some stupid stuff with friends.

“We are aware of the tweets that surfaced after today's game and have spoken to Sean who is incredibly remorseful. Regardless of how long ago he posted them, he is aware of the insensitivity and is taking full responsibility.

“We find the tweets hurtful and incredibly disappointing and even though he was 18 or 19 years old when posted, it doesn't make them any less tolerable. We will work together with Sean towards mending the wounds created in our community.”

“Such inappropriate comments have no place in our game. We are aware of this serious issue. Billy Bean will meet with Mr. Newcomb this week, and we will identify an appropriate course of diversity training in the Atlanta community,” MLB said in a statement, according to ESPN.

Braves outfielder Ender Inciarte came to Newcomb’s defense, and called the pitcher “without a doubt one of the best teammates and humans that I know” and saying it was an “immature mistake from a long time ago.”

The Los Angeles Angels drafted Newcomb in the first round of the 2014 MLB draft and traded him to the Braves in 2015. He made his MLB debut in 2017 and is currently playing under a one-year contract worth $555,000.

Late Sunday, Washington Nationals shortstop Trea Turner's homophobic tweets from 2011 and 2012 were revealed. Turner's tweets were dug up by Braves fans angry at the Nationals fan who did the same to Newcomb, according to Deadspin.