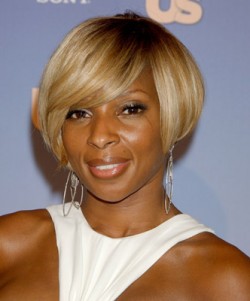 Wassup N ATL announced Tuesday that sluggish ticket sales and a concern over their costs prompted it to cancel Blige’s appearance on Sunday at Park Tavern in Midtown. Blige has been prominently featured in promotional posters for Wassup’s Labor Day weekend events, dubbed “Manual Labor.”

“This year we set out to bring a remarkable artist and icon to Atlanta Black Pride, the Queen of Hip Hop Soul Mary J Blige and we were looking very forward to a night with the Queen,” Wassup owner Mario Harris writes. “But there are times as a promoter, difficult decisions have to be made and we had to make a decision based on tickets sales and many of your concerns on what the cover cost would be for the event to cancel the Mary J Blige performance. It’s a part of the business.” 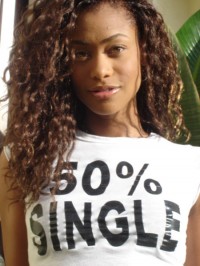 Harris also apologized to fans of Blige and offered to send disappointed party-goers to her next concert in Atlanta.

On Sunday, Harris says Blige (top photo) is being replaced with Tami Roman (bottom photo), who appears on VH1’s “Basketball Wives.” She also appeared on MTV’s “Real World.” Tickets will sell for $10.

“We listened to our customers and their concerns on Pride club cost and welcome you all to Park Tavern to enjoy the company of sexy men who love sexy men, the hottest dancers, DJs, & emcees in the country, and drinks that will have you right for the night, all at an affordable price ($10 all nite),” Harris writes.

On Saturday, Grammy-winner Brandy is scheduled to appear at the Traxx Girls Big Bang Event at the Georgia Freight Depot and later at Traxx in Decatur. Brandy will appear with hip hop artist Nicki Minaj during the second event.