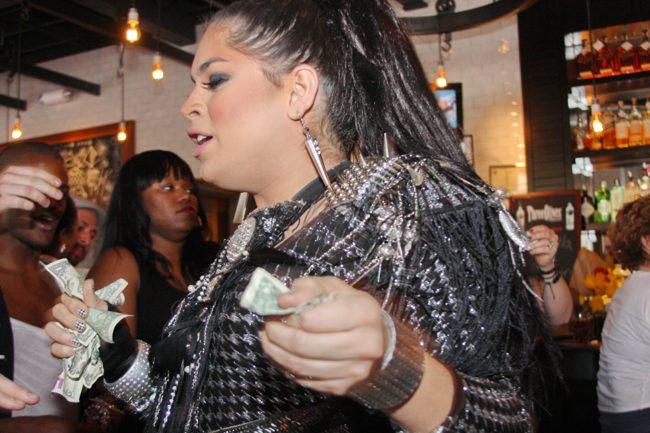 An Atlanta restaurant refused to serve a drag queen early Friday, gay critics pounced and Don Pollo Bar & Grill fired back. How? With insults and threats to sue its detractors.

The Buford Highway restaurant didn't respond to Project Q when we detailed the incident on Friday. But on Tuesday, they offered this angry rebuttal to the Huffington Post:

This was not an issue of discrimination or any of the sort the rules are we have the right to entry for any circumstances not only because of their gender, race, or etc. And as you see we check ID's and on the ID it says male yet dressed as a woman and we are not able to prove if that's the person she says she is. The individual is providing false identification so we as a private property have the right to deny entry to anybody again not because of their sexual preference. If you have any sort of contact I would like to speak to them in person. And tell them to stop badgering my business or I will be forced to take legal action. Thank You.

The restaurant's response came four days after it kicked out Alissah Brooks, who stopped by after attending a GLAAD reception and performing with the Dancefloor Divas at Burkhart's. When employees refused to allow Brooks inside, drag performers Mariah Paris Balenciaga and Y'Marie Santiago confronted them and posted the interaction on YouTube. The video, which you can watch below, has received nearly 9,000 views since Friday.

Supporters of Brooks flooded the restaurant's Facebook page with comments criticizing its refusal to serve her.

Jaimz Green: This establishment discriminates against transgendered people. We are all human... It shouldn't matter if what you look like doesn't match what's between your legs. Shame on you!

Jenny Howard: Anti-transgender. Probably anti-gay too. Hell will freeze over before I go there.

Gregory Shapiro: I don't like hate with my vodka.

Matthew Beasley: Don Pollo is a racist and supports discrimination.

Nikki Toney: Big mistake to discriminate is Atlanta the second biggest gay friendly city in the United States you will never see me in this establishment and you better believe I will be passing the word along to all my lgbt and lgbt friendly people smh

In the statement they say "...on the ID it says male yet dressed as a woman and we are not able to prove if that's the person she says she is."

Correct. Being transgendered, your ID will always say M unless you are post op.

"The individual is providing false identification so we as a private property have the right to deny entry to anybody again not because of their sexual preference."

The identification is not false. And me being transgendered is not a "sexual preference". But being ignorant and unaccepting is a preference.

The incident received widespread media attention, including a story on Tuesday from the Atlanta Journal-Constitution that heavily aggregated a Project Q piece. But by Wednesday, the AJC's story went missing, going from this:

We've reached out to the paper's website editor, Rick Hancock, as well as Managing Editor Mark Waligore and Senior Managing Editor Bert Roughton for an explanation and will update the post if we receive a response.

UPDATE | The AJC said late Wednesday that it removed the story over concerns with its attribution and whether it was balanced. "An editor made a news judgment decision to remove the story because we were not comfortable with the attribution of the information and because we believed the story was not completely balanced in its reporting. These are decisions we make on news stories all the time and this decision had nothing to do with the subject of the story," says Monica Richardson, a managing editor at AJC.