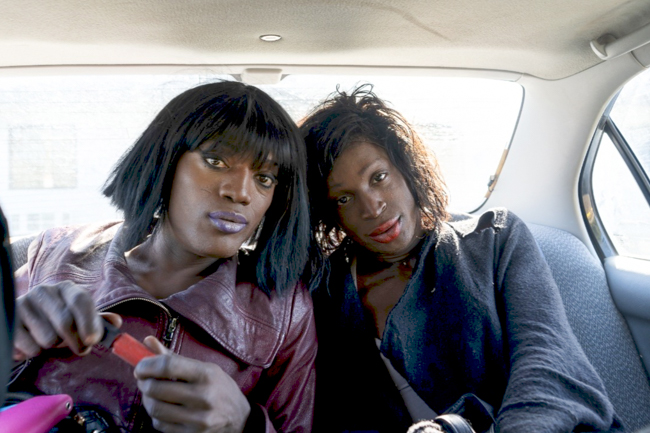 Jesse Pratt López never thought her idea to help fellow trans women would get this big, or change the trajectory of lives including her own the way it has. She was so amazingly wrong — in the millions wrong.

In December 2019, López set out to help a few women in her inner circle with the Homeless Black Trans Women Fund campaign on GoFundMe. At this writing, it has raised more than $2.4 million for women living on the street in Atlanta, with individuals, celebrities and groups adding their own fundraising efforts to the cause.

“We have a joke in the queer and trans community that we all pass around the same $20,” López tells Q. “I have also been told that I’m the fundraising queen of my small group of friends because of previous (and much smaller) campaigns for other folks, but no, I never expected this project to get this big.”

“I started this late last year to help a small group of black trans women who are my ‘daughters,’” she continues. “It blew up right before Pride month, and now that it has, I feel like it’s an opportunity to do something more long-lasting to help trans people in general in the Atlanta area, particularly black and brown women.”

The origin story of the women and the fund is worth the read.

In a year of so much uncertainty and unrest, unbelievable amounts just keep rolling in, and the effort continues through the end of Pride Month. López, a photographer whose story has been featured in Q magazine during Atlanta Prides past, gave us an inside look at her little engine that could.

What was the turning point for the fundraising?

The turning point came around May 28, when a Twitter account under @devilwearskappa started amplifying the page. They kept retweeting the fund, which at the time had raised less than $100,000. Then @junobirch, a trans woman and UK drag queen, did the same.

Billboard magazine wrote about the campaign. Mikki Blanco, a Black Trans rapper, retweeted the campaign, as did singer James Blake. It took off from there.

I’ve heard from a lot of people since then, many of whom are so touching and hopeful in their support – including a refugee trans woman from Uganda living in Canada, an LGBTQ group from Democratic Republic of Congo and someone who was pissed about J.K. Rowling’s transphobic comments and wanted to raise money for the fund through a Harry Potter fan group!

How has and will this affect women’s lives?

I am getting input from a number of local organizations – Solutions Not Punishment Collaborative , Southern Fried Queer Pride  and the Trans Atlanta Housing Program, as well as service providers such as Someone Cares Atlanta – and will continue to raise money at least until the end of Pride month.

We are just laying the groundwork to form an organization to channel this money in an effective way. So far, as the revised GoFundMe page explains, we have helped the small group of black trans women the fund began with to get hotel rooms, food, phones and other immediate necessities.

Plans include starting from the Housing First model pioneered by Sam Tsemberis in New York City, based on moving people from the street directly into housing, and providing wrap-around services to help them come into their power as people.

What is the reaction and involvement of the women you have helped so far?

I have met with and listened to them about how they envision getting off the streets and what they would like to do instead. Answers so far include learning to do outreach to help fellow trans women, going to school for fashion design, counseling others like them – all of which are the kind of opportunities black and brown trans women find it difficult to access due to society’s tendency to exclude us, which then contributes to so many becoming homeless and turning to sex work.

Trans women are not a novel concept, or new, but society has never been set up for girls like us. Even feminist and queer movements have often failed us. But with the recent resurgence of mutual aid and abolition movements, hopefully we can begin to live the fulfilling lives we deserve.

We are grateful to everyone who has elevated and continues to elevate this project.

Read the story and donate to the Homeless Black Trans Women Fund here. Photo by Jesse Pratt López, “ReVon and Brooklyn in the Car, on the Way to Get Their Phones, 2019.” Follow @jprattlopez.photos and look for #homelessblacktranswomenfund on Instagram.