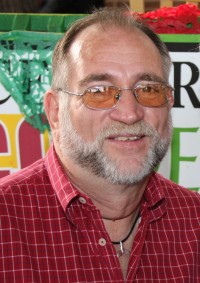 Almost $19 million in annual AIDS service funding in Atlanta through the federal Ryan White program is in jeopardy of expiring, so supporters want your email activism to help avoid a funding gaffe.

Advocates are staging a push to urge U.S. senators to sign legislation reauthorizing the Ryan White CARE Act, the largest federal program serving people with HIV/AIDS. The bill is set to expire at the end of the month if Congress doesn’t reauthorize the program.

Without Ryan White, AIDS services in Atlanta might start to see immediate cutbacks that only grow through April 30, 2010, when the program would expire if Congress doesn’t act.

“Ryan White is currently half of our budget,” says Paul Plate (photo), director of Positive Impact, an HIV/AIDS mental health service agency in Atlanta. The agency’s total annual budget is about $1.6 million, he says.

“[The Ryan White portion of the budget] would equal about 300 clients receiving individual therapy, everyone who our Volunteer & Training Coordinator works with, plus several other programs,” Plate says. “So losing that funding would be a very serious impact. All of our primary services are funded through Ryan White.”

Plate portends major cutbacks if the program is not renewed.

“Some of our clinical staff would have to go,” he says. “We might have to go back to being an all-volunteer staff of mental health advisors. We need the combination of pro bono professionals, volunteers and staff to maintain a continuity of service.”

And that’s just one of the Atlanta agencies that would be affected. Grady IDP and AID Atlanta are among the large local organizations that would also be affected by the expiration of the program.

The deadline to sign onto the bill is tomorrow, Sept. 18. If the legislation isn’t passed by Sept. 30, funding for federal employees who manage the program halts the next day. Other portions of the appropriations would start to disappear as early as December, with the largest, final cuts as of May 1.

The Ryan White Act, originally enacted in 1990 and twice extended, is named for an Indiana teenager who contracted AIDS through a blood transfusion. The program was last reauthorized three years ago for $2.1 billion.