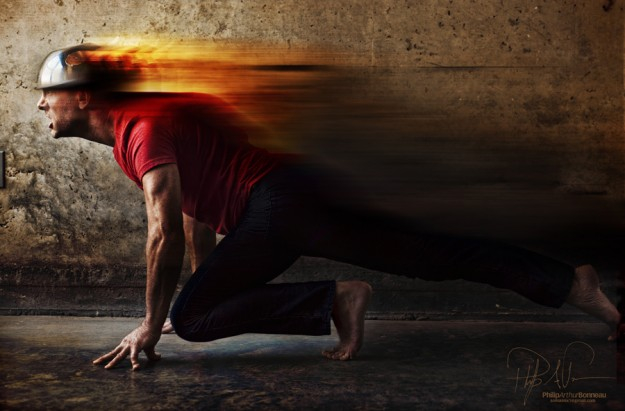 In its mission to explore new avenues, reach more gay and bisexual men, and boldly go where no HIV agency has gone before, the MISTER Center hosts the second installment of hot superhero photos by gay Atlanta’s own Philip Bonneau. Forget gay superhero porn. Or don’t (NSFW), but there’s a classier game in town. Bonneau’s photos put hot models in the guise of comic book legends that shed new, artsy light on the characters, the male form and pop culture. “Heroes + Villains Issue #1” was a hit with its focus on Marvel legends. In “Issue #2,” look for super-saturated, super sexy images of local hotties representing DC figures including Batman and Robin, Superman, Catwoman, the Green Lantern, the Joker, the Flash and Wonder Woman among many others, with a few pulp heroes like Zorro thrown in for good measure. “With comic books and superheroes, they all have secret identities, and there are so many gay connotations,” Bonneau tells the GA Voice. “We can all understand trying to fit in.” After the highly anticipated Saturday opening of “Heroes + Villains Issue #2” with the photographer and models in attendance, the photos will be on display for a month at the MISTER, Atlanta’s gay and bisexual men’s community center and outreach program at Positive Impact. What’s next? “Issues #3 and #4,” of course. Drag queens as some of your favorite female comic characters are on the agenda. Check out some of Bonneau’s “Heroes + Villans” images in our gallery below, or visit his Facebook page to check out even more of his work. All images by Philip Bonneau