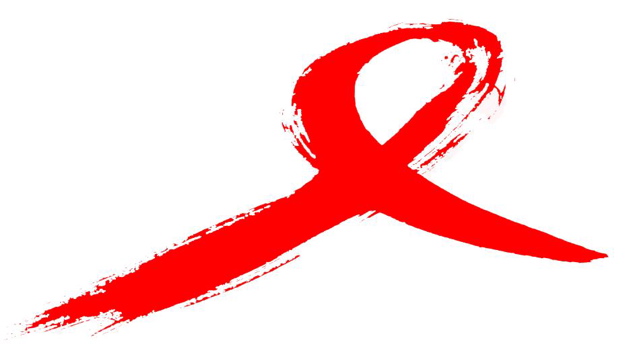 World AIDS Day commemorations may be nearing 25 years, but Tuesday’s Atlanta events show up in an unprecedented number that attack the pandemic from all sides.

The LGBT community has seen great progress since the first diagnoses in 1981, and we are all too familiar with the physical, spiritual, psychological and sociological impact HIV and AIDS have on our culture. Several Atlanta groups plan Tuesday events that begin to attack the multiple ways the disease affects us.

The sobering truth is that the annual Dec. 1 World AIDS Day simply reminds us that some 33 million people worldwide are currently infected with HIV/AIDS, and more than 25 million people have died from the disease since 1981.

Those are the facts. But if the world—and the LGBT community in particular–has shown anything in the face of the personal and cultural devastation, it’s that we manage an almost uncanny resilience and hope. That’s what five Atlanta commemorations of the day want to tap into.

Atlanta is used to seeing one or two events honoring World AIDS Day, and not new to the local effort is the annual Interfaith Prayer Breakfast hosted by the AIDS Alliance for Faith and Health at 9 a.m. on Tuesday at Saint Philip AME Church.

The Prayer Breakfast honors AAFH volunteers but also engages individuals and groups with information, tools and support to strengthen their response to the pandemic and to meet the current and emerging needs of people living with HIV.

This year’s keynote speaker is Kenneth R. Overberg, a professor of theology at Xavier University in Cincinnati. Among his award-winning, standar-bearing books include “Conscience in Conflict,” and “AIDS and the Consistent Ethic of Life.” His most recent books are “Into the Abyss of Suffering” and “Ethics and AIDS: Compassion and Justice in Global Crisis.”

Another standard for World AIDS Day in Atlanta is Emory’s “Quilt on the Quad,” a display of panels from the AIDS Memorial Quilt. This year, the exhibit of 800 panels is the world’s largest collegiate World AIDS Day quilt display, and the second largest overall.

Emory’s opening ceremony features a keynote talk by Sandra Thurman, president and CEO of the International AIDS Trust, one of the world’s leading experts on AIDS issues, and President Bill Clinton’s director of the Office of National AIDS Policy. Thurman also is a former director of AID Atlanta. Following her talk, there will be a reading of the names of each individual memorialized by a quilt panel on the quad.

Another aspect of the response to AIDS must be directed at the increasing number of youth infections, which are among the most disturbing facets of the fight against HIV/AIDS. “Active and Undeveloped: Prevention Strategies for Youth” takes a scientific approach at a World AIDS Day conference set for Tuesday morning at the Fulton County Department of Health & Human Services.

Terence McPhaul, M.A., N.C.S.C., of YouthPride leads this discussion focused on the science behind brain development and why traditional prevention messages don’t get through to teens and young adult men who have sex with men.

And while it’s a regular part of the weekly lineup at YouthPride, we thought this an appropriate place to suggest including Tuesday’s Free HIV Testing for LGBT youth aged 13-24 at the center.

Of course, AID Atlanta is on the forefront of the fight against HIV/AIDS on a daily basis. This year’s World AIDS Day plans by the agency’s Gay Outreach program is part celebration, part remembrance and part looking forward. They will honor the day with song, spoken word and testimony, and invite the public to come share their personal stories over food and fellowship.

New to the local commemorations is “Poetry, Song and Activism” on Tuesday night at the Horizon School. This World AIDS Day Call To Action with poets, singers and AIDS specialists is a unique multi-discipline mix featuring arts performances as well as a panel discussion. The event is also tying itself to a national online Call to Action petition to be sent to President Obama.

Perhaps the most unaddressed effects of HIV/AIDS are its spiritual ramifications on those infected and touched by the disease. The congregation of St. Mark United Methodist Church holds its Tuesday night World AIDS Day Worship Service to address just that issue.

“Help us work toward and AIDS-free world by observing World AIDS Day with a worship service of hope and healing,” the church says in a written statement. “The service will feature wonderful music from our congregation, including Lisa Norris, Joel Rose, Don Schoner, Bobby Strickland, and others.”

“We will also have readings from scripture and other spiritual texts, an inspiring sermon, and information about ways you can help fight AIDS. We will also have a panel from the AIDS Memorial Quilt on display.”

World AIDS Day in Atlanta has seen fewer events in the past, and we’re glad to see so many stepping up to the plate to discuss it.

And while we talk about the worldwide devastation, the issues surrounding HIV/AIDS also come down to each individual. So attend one or more of these events, learn about the pandemic in all its many facets, and by all means, know your status. We want our readers not just surviving, but thriving.