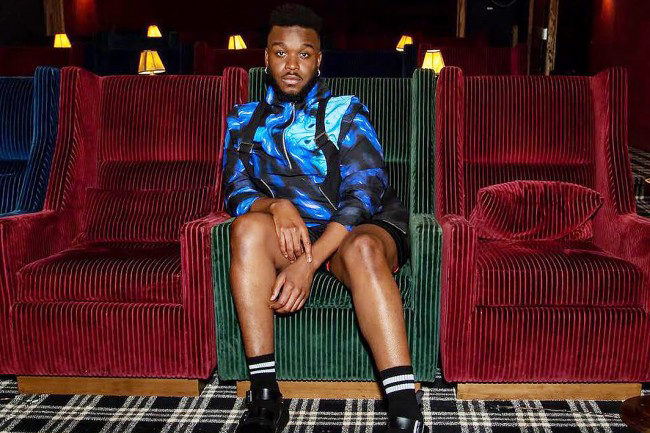 When the folks of Southern Fried Queer Pride make up their minds to serve Atlanta something fresh, you can count on a creative event. When they join forces with the LGBTQ talents of national and local artists and a huge brand sponsor for backing, it’s a sure bet for a good time.

With plenty of success under their belts bringing community and mindful inclusion to local queer nightlife and entertainment, SFQP, local artist collective Morph, and national acts sponsored by the power of Red Bull Music are ready to set queer Atlanta on fire with the ATL is Burning Ball on Nov. 9 at Georgia Freight Depot.

“Half dance party, half ball, the event will see icons and beginners alike walking in some 10 categories, while musicians keep the crowd moving,” organizers promise.

Expect host Precious Ebony and legendary expert Vogue performances by Leiomy Maldonado, Dashaun Wesley and Koppi Mizrahi. Their appearance is a big deal, setting the bar for the night and bringing the best of ball culture to a growing audience.

“As with all balls, some categories are closed and some are open to all (OTA),” says Taylor Alxndr, SFQP founder and co-organizer of ATL is Burning. “We encourage anyone to attend and compete – from experienced ballroom personalities to the newbies who are getting their first taste.”

Alxndr says the rich culture of queer ball rooms is an integral part of local queer history worthy of note and celebration.

Beyond the fierce competitions, the lineup  of music acts like Cakes da Killa (top photo) is similarly deep, including names that Q readers have met before as well as others sure to set souls on fire. Here’s a primer of bios from the artists themselves, including their Soundcloud hookups.

It’s seldom that a new artist emerges to help shift the landscape of what’s happening in music like this one (photo left). She’s quickly solidifying herself as music’s next trailblazer.

The sound of this Brooklyn-based rapper and writer is a mixture of technical lyricism marinated with heavy club beats. His album Hedonism on his own label RUFFIANS.

DJ and Producer best known for his contributions to New York City’s underground dance scene. He perfected his craft working as the main DJ for NYC’s Kiki Ballroom.

The former Q spotlight artist, 24, is an out and proud, Atlanta-basedEDM producer, DJ and event organizer originally from New Orleans. He blends elements of American urban and experimental electronica.

Known for work under Fade To Mind and Qween Beat, this DJ (left) is one of the leading figures in the long-running, but still largely underground, ballroom/vogue-house culture.

A leading artist in the ballroom/vogue-house music scene, this New Yorker living in Atlanta is a member of the power label Qween Beat.

A gender-bending emcee who fearlessly goes against the grain, Montre' (left), known as the “Boy George of Rap,” lives in Atlanta and consistently puts out new music and music videos.

A pioneering DJ and producer of ballroom music is a transplanted international music prodigy who took Naples, Italy, by storm and unleashed his manic music productions to the world.

A genre bending DJ with multi-cultural upbringing, this local queer and former Q spotlight artist is heavily influenced by the sounds of dancehall, ballroom and new millennium R&B.

A rapper with a style somewhere between Gucci Mane and Lil B, he’s out to prove it’s OK to be yourself. Out and proud, he aims to bridge the gap between the trap and the LGBTQ communities.

The stage name of this New York based multimedia artist and Qween Beat affiliate “satisfies many declarations in three succinct syllables,” he says in his bio.

A version of this feature originally ran in Q magazine. Read the latest issue below.

Pick up a new issue of Q each week at LGBTQ and queer-friendly venues around town.