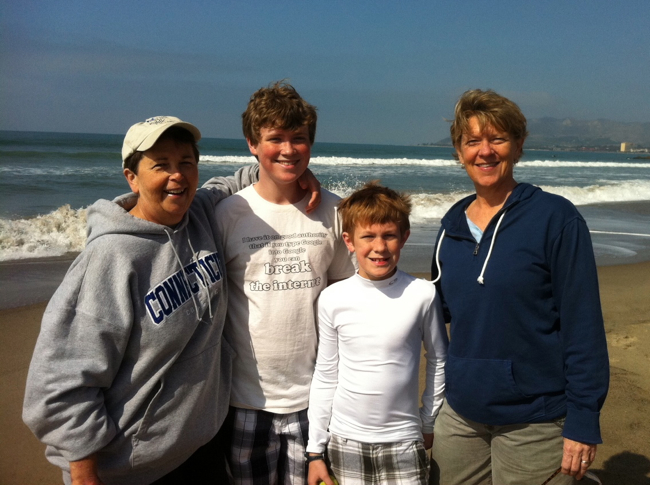 The White House lawn just got a little gayer. Among the kids scrambling at the Easter Egg Roll with the Obamas this year are the sons of Health Initiative Executive Director Linda Ellis and her partner. The Atlanta family’s (photo) invitation makes the annual event, set for April 9, not just LGBT-inclusive, but Ellis’ Health Initiative tie also goes right along with the First Lady’s fight for healthier youth. The gravity is not lost on Ellis. “It’s very exciting to be a part of this year’s event. My family and I look forward to representing LGBT health and wellness for Georgia on the lawn of The White House,” Ellis says in a prepared statement. This isn’t the first big announcement out of the Health Initiative this week. The group just unveiled a new interactive website and announced key 2012 event dates at the start of National LGBT Health Week on Monday. Here’s the full announcement from the Health Initiative:

The Health Initiative announced today that Linda Ellis, executive director, has been invited to participate in the 2012 White House Easter Egg Roll. On Monday, April 9th, Ellis, along with her partner, two children, and mother will join the First Family for the annual event, which celebrates its 134th anniversary this year. White House officials contacted Jeff Graham, Georgia Equality executive director, earlier this month for assistance in selecting an appropriate LGBT Georgia family to participate. The selection of Ellis on the heels of National LGBT Health Awareness Week is fitting for this year’s theme, “Let’s Go, Let’s Play, Let’s Move.” The theme was inspired by First Lady Michelle Obama’s “Let’s Move!” initiative, which promotes the creation of a healthier generation of children in America.